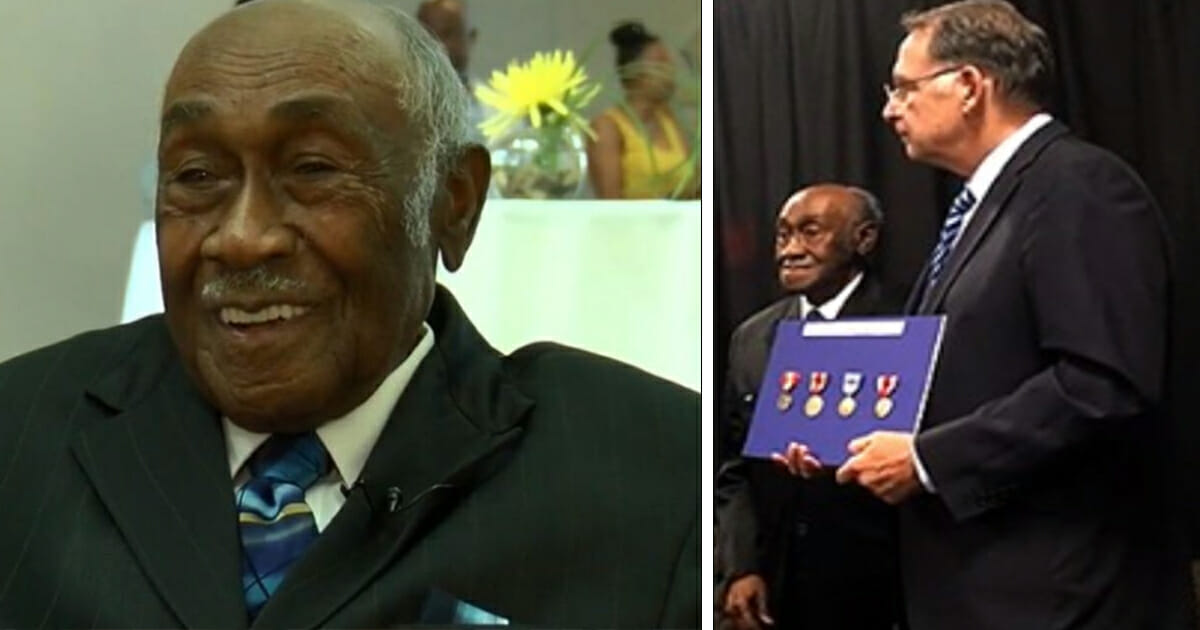 Those brave veterans who have risked their lives in defence of our freedoms and liberties should always be honored and respected, no matter their age.

Which is why it put a smile on my face to hear of Thomas Franklin Vaughns, a 99-year-old veteran of World War II who was recently honored with five Army medals for his distinguished service both in the second Great War and Korea.

Sgt. 1st Class Thomas Franklin Vaughns is a Tuskegee Airman and a veteran of World War II and the Korean War.

Decades after those conflicts, the 99-year-old vet was honored for his service in a ceremony at the University of Arkansas at Pine Bluff. https://t.co/mwjHzQCxjZ

As per North West Arkansas, four of the medals Vaughns received were replacements for those he had been given before but had mislaid.

The National Defence Service Medal (for his service during the Korean War) became the latest addition in his list of honors.

Thomas Franklin Vaughns, 99, served in the Army Air Corps from 1942 to 1946 as a mechanic for the Tuskegee Airman. He received FIVE overdue WWII medals today. Thank you for your service! ?? https://t.co/NUiJyg7Lh0

Vaughn said he never received the award because he was simply happy to have left the war and returned home. When he did so, he undertook a career in education, helping to shape the lives of the next generation of Americans.

Senator John Boozman, who gave Vaughns his medals, said: “We all know about his great career in the military, going off at a young age to serve his country, willing to do whatever he was asked to do. Then he came home and, like the greatest generation, rebuilt the country.”

Senator Boozman also commended Vaughns’ as being a hero in every sense of the word.

A huge congratulations to Thomas Franklin Vaughns, and thank you for serving the nation with distinction!