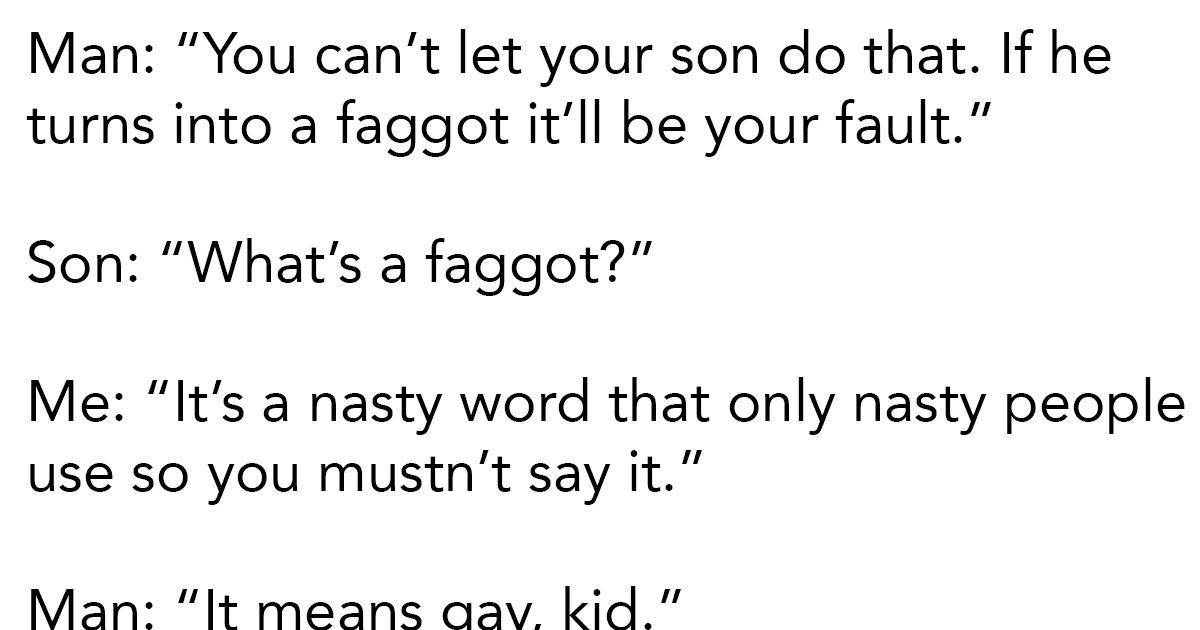 Thinking scary and narrow-minded opinions is one thing. But when someone tries to affect a 7-year-old kid with ignorant and stupid thoughts in a public place I feel anger.  But in this specific situation I’m glad that the mom and son handle this in such a good way. And the response from this 7-year-old is gold! I wish that the man in the store got himself an eye-opener. I found this story online, and I’m not sure if it really happened. But it has a message about equal value of every human being that I think everyone should read.

(I and my seven-year-old son are shopping for a birthday present for a girl in his class. She’s asked for dressing up clothes or accessories so we get a wand, tiara, and jewellery. I also have our regular shopping in the trolley. We get to the tills and there’s at least a three person queue at each till. We join a queue and have waited a couple of minutes when my son puts the tiara on and waves the wand.)

Son: *in a “posh” voice* “I’m the Queen and I say this line should move faster!”

(I and a few others smile at his playfulness when a man in line at the next till yells at me.)

Man: “You can’t let your son do that. If he turns into a faggot it’ll be your fault.”

(Everyone stops and stares at him in horror whilst the cashiers call for a manager.)

Me: “It’s a nasty word that only nasty people use so you mustn’t say it.”

Man: “It means you’re bad and going to Hell for being evil.”

Me: “Yep, just like Uncle James and Uncle Ian. They’re not bad, are they?”

Son: “My uncles make children better when they have poorly blood and poorly bones. If you make them go to Hell that means you want the children to be poorly.”

(The manager and a security guard turn up but my son looks this man in the eye and holds his stare.)

(Everyone is now staring at my son. The man has gone red and is looking around.)

Manager: “Sir, I believe you’ve just been outwitted by a child. You should leave now and keep your disgusting views to yourself and out of my shop.”

(The manager offered to pay for our shopping but I declined. He did, however, offer my son a toy. He chose a dress for his friend’s present.)