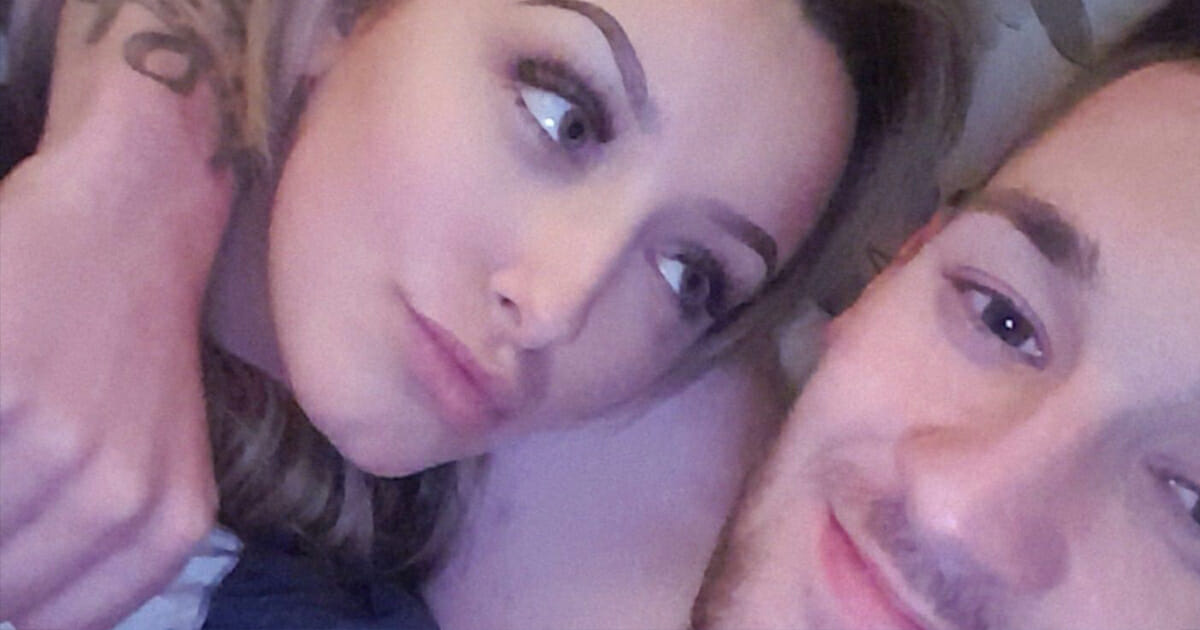 For those who have never been in an abusive relationship, it’s difficult to explain exactly why a victim stays with his/her abuser.

From the outside looking in, the answer appears simple: Just leave. Of course, were it that easy then domestic violence wouldn’t be the problem that occurs repeatedly, as it does today.

One person who knows this as well as anyone is 19-year-old Courtney Grice, who was left black and blue, with ligament damage to her leg after being battered by then-boyfriend Harry Akester.

However, in an interview with the Hull Daily Mail, Courtney chose not to condemn the man who she feared would kill her, but rather thank him …

When Courtney and boyfriend Harry started dating two years ago, she had a feeling that he might be the one for her. It took her six months to fall in love with him, but she knew he was besotted with her from the start.

“He loved me to bits,” she recalled. “No one had ever loved me the way Harry did and I was holding onto that for a lot of time.

“I thought I would never meet someone who loved me as much as he did.”

To begin with, their relationship was great, but cracks soon started to appear and she noticed worrying changes in his behavior. When Courtney started working behind a bar, Harry became jealous and controlling, especially when she received attention from drunk men.

His attitude then took a turn for the worst, with both mental and physical abuse becoming a factor in their relationship.

Things spiralled out of control, despite Courtney’s attempts to leave, and then, on May 11 of this year, they reached their terrifying pinnacle.

Courtney was forced to fight for her life when Harry wrapped his hands around her throat following an argument.

“He grabbed me by the neck and pinned me up against the fridge strangling me,” she said, as per the Daily Mirror.

“I was digging my nails into his throat and scratching his skin off to try and get him off me.

“We went into the living room and he started smacking me across the face with his hands after I had gone to the door to try and get out.

“I was pushing him to get him off and I slapped him but he punched me in the face.

“I crouched down holding my face, but he grabbed me with both hands and lifted me up by my hair before throwing me into the door.”

She continued: “I felt dizzy, I had no energy but then he strangled me to the point where I couldn’t breathe.

“Every bit of energy I had in my body was fighting for oxygen and I could see in his face he was not going to stop.

“I thought to myself ‘do what you want to me because I’m tired of fighting.’”

Before she passed out, Courtney was able to kick Akester between the legs, subsequently fleeing the flat and calling the police. He was arrested and pleaded guilty to assaulting her twice and damaging property.

Now, with Courtney recovering from the most arduous incident of her young life, she’s sent a message to her tormentor. Rather than insulting him, she’s chosen to thank him.

“I thank him for making me a strong person and I hope one day he will grow up and change who he is,” she said.

Certainly an interesting technique given the damage he did to her, but I think this is worth a read by all people.

Abuse and violence remains a huge problem in the world, and one that we can actively look to eradicate by spreading stories like this one.

Share this story to show your support for all victims of abuse, no matter how minor!