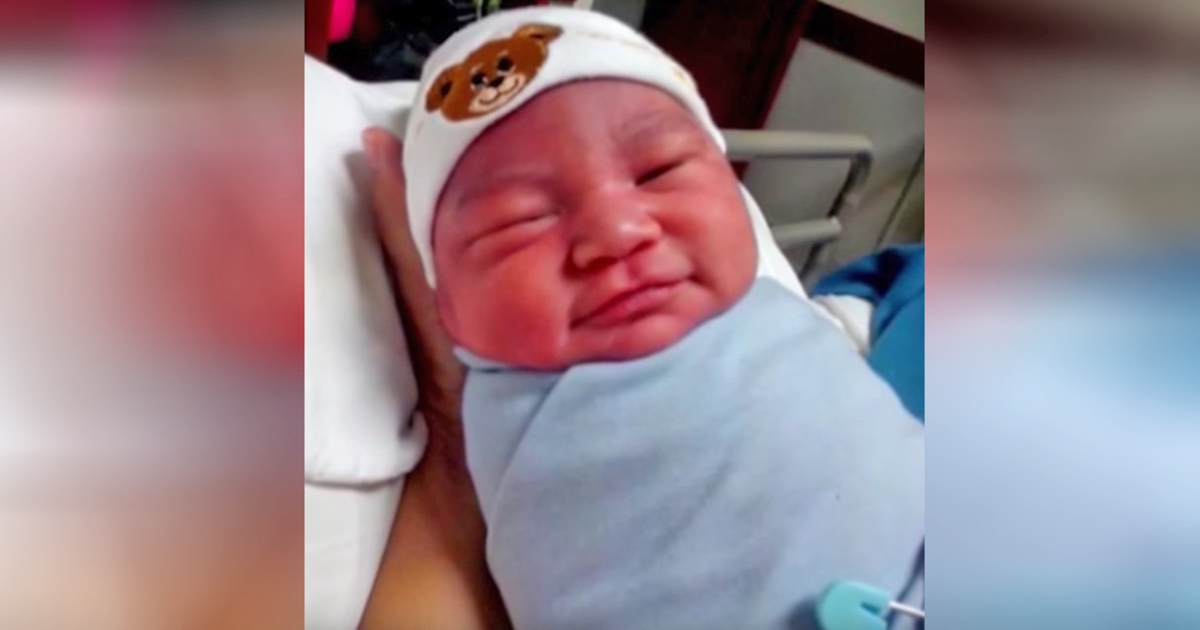 Rich Cushworth and Mercy Casa Alles fell in love when they met at a missionary school in Dallas, Texas. The couple married and Mercy became pregnant. But when Mercy’s temporary visa expired, she had to return home to El Salvador, where she delivered a baby boy.

Rich stayed at home in the United States to wait for his wife and child to return from the hospital. But while Mercy was in the maternity ward, something strange happened.

The day after Mercy gave birth to Jacob, a nurse handed the new mom a baby boy, and Mercy immediately knew something was terribly wrong.

“When I got to hold him, I said ‘This is not my child,'” Mercy told WFAA News.

Mercy’s maternal instinct struck and told her that she was holding the wrong child.

But how could she argue her case? The staff probably thought she was crazy complete. So Mercy brought the boy home.

She couldn’t stop thinking about what happened, though, and wondered if she had brought the wrong baby from the hospital in El Salvador to her new home in America.

Then a couple of months later, Mercy decided to get a DNA test.

The result? Jacob wasn’t Rich and Mercy’s son. Even if she had somehow always known, Mercy found the truth difficult to accept, and the news came as a shock to her and Rich. Biological or not, the couple had already formed a strong bond with the little boy.

But there was still one lingering question: Where was were their biological son?

But the next day, when she was about to take her son home, Mercy sensed that something was wrong.

The little guy whom nurses handed over to her wasn’t the baby Mercy had given birth to the day before.

The mother and her supposed son soon traveled to Texas to be with Rich, Mercy’s husband.

The new parents gave the boy all the love and care that a child could ever want or need, but still, something felt wrong.

Mercy decided to have a DNA test, and it turned out that the boy whom she and Rich were raising was not actually their biological son.

Rich and Mercy realized that Jacob and their biological son must have been switched at the hospital in El Salvador.

They contacted the hospital and soon found their biological son, who was named Moses. But the government refused to issue the boy a passport, so he could travel to the United States.

His parents, however, never gave up hope, and after a long battle with the authorities, they were finally allowed to go and fetch their boy and hand Jacob over to his biological parents.

In many cases, a mother’s instincts are stronger than any other force in the world.

Please share this story with your friends and loved ones if you were also happy to see this story have a happy ending!