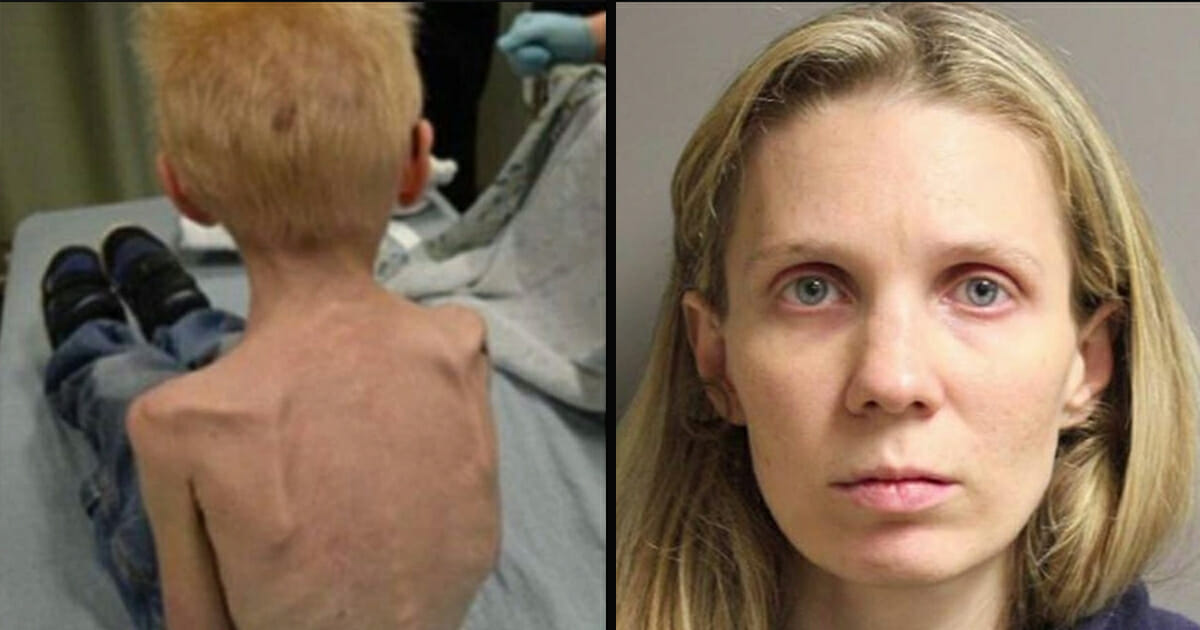 The very prospect of bringing children into this world scares me when I hear stories such as this one. The depths of depravity some humans will go to can never be understated, and despite all the advances we’ve made to get where we are as a species, there is still far too much horror in the world for me.

Anyone doubting that need only look so far as the story of a boy named Jordan, who in 2014 – when he was just 5-years-old – almost died. It’s important to note right from the start that this wasn’t due to some terrible accident or life-threatening illness he’d been unfortunate enough to suffer from.

No, the danger to Jordan instead came in the form of the people who he should have been able to trust above all others; the people charged with ensuring he was living his best possible life: his parents.

Jordan was born of one of his father’s other relationships. He had seven step-siblings, but it was he who received the most unspeakable punishments from his father, Brad Bleimeyer.

The abuse started out slowly, but before long it had escalated to Jordan being beaten, verbally abused, starved and even tazed.

Bleimeyer and his wife, Tammi, locked Jordan in a closet under the stairs where wires and nails protruded from the walls. He tried to escape more than once, but a lock was placed on the door to ensure he was trapped for as long as his parents wished.

Two of Tammi’s older children, Cody and Allison Frank, were aware that their parents’ treatment of their brother was seriously wrong. Though Cody was just 16, he tried to alert others to the problem, though no one seemed to take his words in earnest.

As per The Sun, Cody explained: “The police had been to our house multiple times. All the police officers told me there was nothing they could do about it.

“The teachers were unsure what to do — nobody could help me at that point.

Cody, however, refused to give in. He and his sister stood up for Jordan, though they were threatened by their parents and received physical and verbal punishments for their actions.

Then, one day in March 2014, Cody had had enough. He broke into Jordan’s prison cell and stumbled upon a nightmare scene.

“The day I opened up that closet, Jordan was in the worst shape I had ever seen him in,” he explained.

“I had been in a huge fight with Brad so I was already in trouble and both adults were outside of the house so I just saw an opportunity and I opened up the closet to let Jordan out.

“But what I found was truly shocking — he was in his diaper, he didn’t have any clothes on. His face was all caved in, bruises all over, marks on him. His mouth was foaming. I have never in my life seen anything as bad as that.

“I kind of paused for a second and then I just freaked out. If we hadn’t got him out that day I don’t think he would have survived.”

“I picked Jordan up and gave him to my sister Allison so she could care for him and comfort him and I went outside and just called my mom and Brad out on it. They both flipped out that I had opened the closet door — they said I had no business going in there, that it wasn’t anything to do with me.

“At that point things escalated between me and Brad and we started shoving each other and I was just trying to draw as much attention as I could. I knew at this point there was no turning back. My mom had confiscated my phone but I had a prepaid phone so I called the police but in the meantime my mom was packing all the kids up and getting everyone out.”

Allison, meanwhile, who had been 14 at the time, said: “I remember him falling and I picked him up and him just being in my arms was terrible. It was like I wasn’t holding anything — he was so light — it wasn’t like holding a kid at all.

“He was so, so white and his cheeks were sunken and he smelled terrible — it was just awful. I hadn’t seen him for about a week before this and he was scared, he didn’t know what was happening.”

In the end, justice was thankfully served. This December, Tammi Bleimeyer was sentenced to 28 years in jail, with both Cody and Allison testifying against her in court.

Brad Bleimeyer, meanwhile, got 15 years behind bars, with all of the children taken from both parents and put into foster care.

Were it not for the bravery of Cody and Allison, Jordan might well have died at the hands of the people who were supposed to love him unconditionally. Cody and Allison – even at their tender ages – knew what they had to do, and they did it without flinching.

Jordan is now living with his biological mother, safe and happy, and is enjoying as normal a childhood as he can despite what he’s been through.

Please share this story to raise awareness, and to honor the spirit of those who most certainly saved a life.