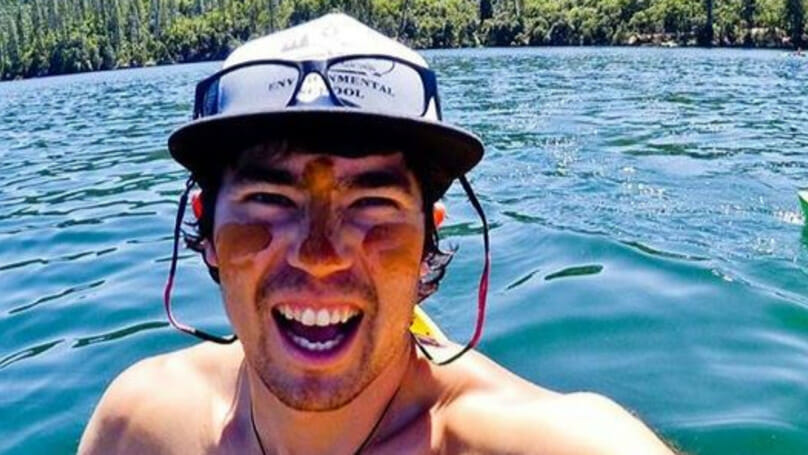 The American missionary who was killed by tribesmen in his attempt to preach Christianity wrote a letter to his family just hours before his death.

John Allen Chau, 26, was shot dead by arrows not long after arriving on the remote Indian island of North Sentinel, having paid local fishermen to take him close and then used a canoe to paddle his way to shore.

The island is off-limit to visitors, with the Sentinelese tribe completely cut off from the rest of the world to protect their way of life …

A firm believer in Christianity, Chau was aiming to spread the word of God with the Sentinelese, though they grew angry when he landed on their island and fired volleys of arrows at him.

It’s now been revealed that Chau kept a diary, with one of the entries documenting how he offered the tribe gifts such as a football and a fish.

Within the folds of said diary – which he left with a fisherman whose boat he had paid to stay on – it was recorded how he felt about his task. A letter to his family was also included.

As per The Guardian, following his first interactions with the tribe – wherein he was fired at but managed to return to the safety of his boat – he wrote:

“I heard the whoops and shouts from the hunt. I made sure to stay out of arrow range, but unfortunately that meant I was also out of good hearing range.

“So I got a little closer as they (about six from what I could see) yelled at me, I tried to parrot their words back to them. They burst out laughing most of the time, so they probably were saying bad words or insulting me.

“I hollered: ‘My name is John, I love you and Jesus loves you.’ I regret I began to panic slightly as I saw them string arrows in their bows. I picked up the fish and threw it towards them. They kept coming.

“I paddled like I never have in my life back to the boat. I felt some fear but mainly was disappointed. They didn’t accept me right away.”

So stoked to be an uncle to this future adventurer!

The next day, before returning to the island, Chau’s entry reads: “You guys might think I’m crazy in all this, but I think it’s worth it to declare Jesus to these people.

“Please do not be angry at them or at God if I get killed. Rather, please live your lives in obedience to whatever he has called you to and I’ll see you again when you pass through the veil.

“This is not a pointless thing. The eternal lives of this tribe is at hand and I can’t wait to see them around the throne of God worshipping in their own language, as Revelations 7:9-10 states.

“Soli deo gloria,” he signed off (glory to God alone).

Forgiveness from his family

Via his Instagram, Chau’s family confirmed they have forgiven his suspected killers, and asked for those who helped him get to the island to be released – the fishermen who transported him have been arrested. They described Chau as a “beloved son, brother and uncle”, as well as a Christian missionary.

Though John Allen Chau was killed doing what he felt was his most important task, his message will undoubtedly live on.