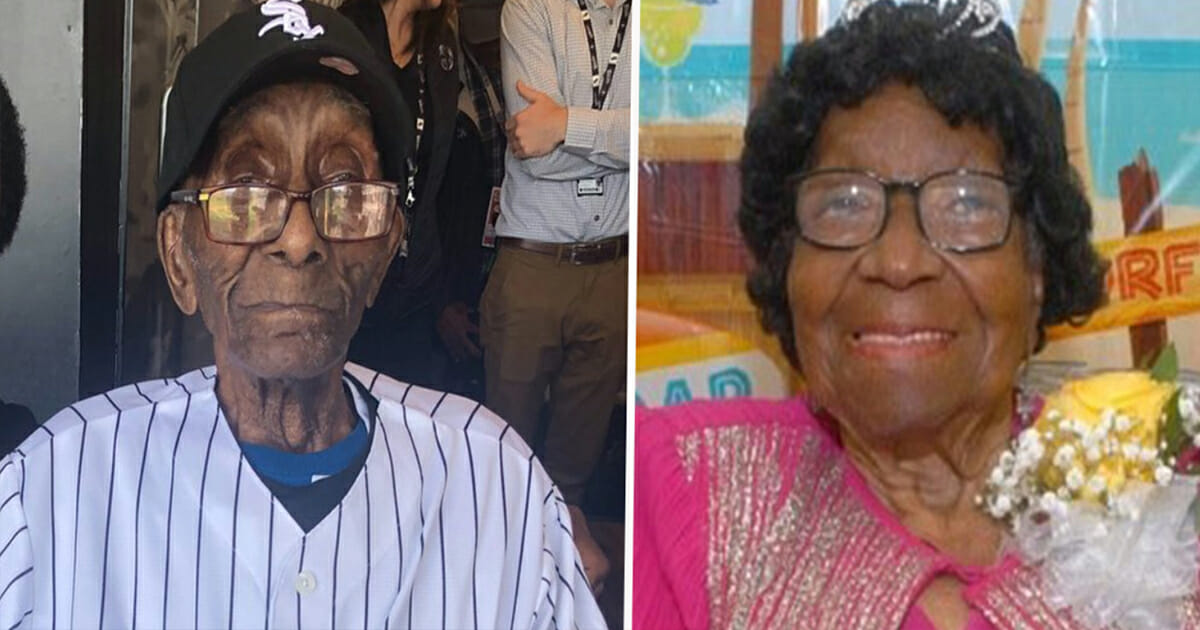 America’s oldest man and woman have died within days of each other in a true twist of poetic tragedy.

According to reports, CP Crawford, born in 1907 in Mississippi, and Alelia Murphy, born in 1905 in North Carolina, have both passed away, prompting tributes and prayers from across the country.

CP, who was 112 when he passed, was described as “cool and collected” by his son, Shawn Doston.

He told the Chicago Sun-Times: “He was calm, cool and collected. He was a hard worker and was always very respectful of his family and my mother. People would always ask him what the secret was to his longevity, and he would say first put God before anything, eat right and mind your own business.”

CP moved into a nursing home eight years ago, becoming an instant hit with the other residents. A life-long White Sox fan, he got to attend his first ever baseball game on his 112th birthday back in August.

Meanwhile Murphy, who celebrated her 114th birthday in July this year, reportedly passed away surrounded by friends and family.

“It is with great sadness that we share news of the passing of Mrs Alelia Murphy. Mrs Murphy was the oldest living American, having celebrated her 114th birthday in July, surrounded by her family, friends, community leaders, and members of our AFRAM Caucus.

“Our deepest condolences are with Mrs Murphy’s daughter, 1199SEIU Montefiore retiree Rose Green, and with the rest of their family during this difficult time.”

Rest in peace, CP and Alelia. You both lived long, incredible lives and the world is sure to be worse off for you no longer being in it.

Share this article to send prayers in the direction of their families, and to pay your respects to America’s two oldest people.