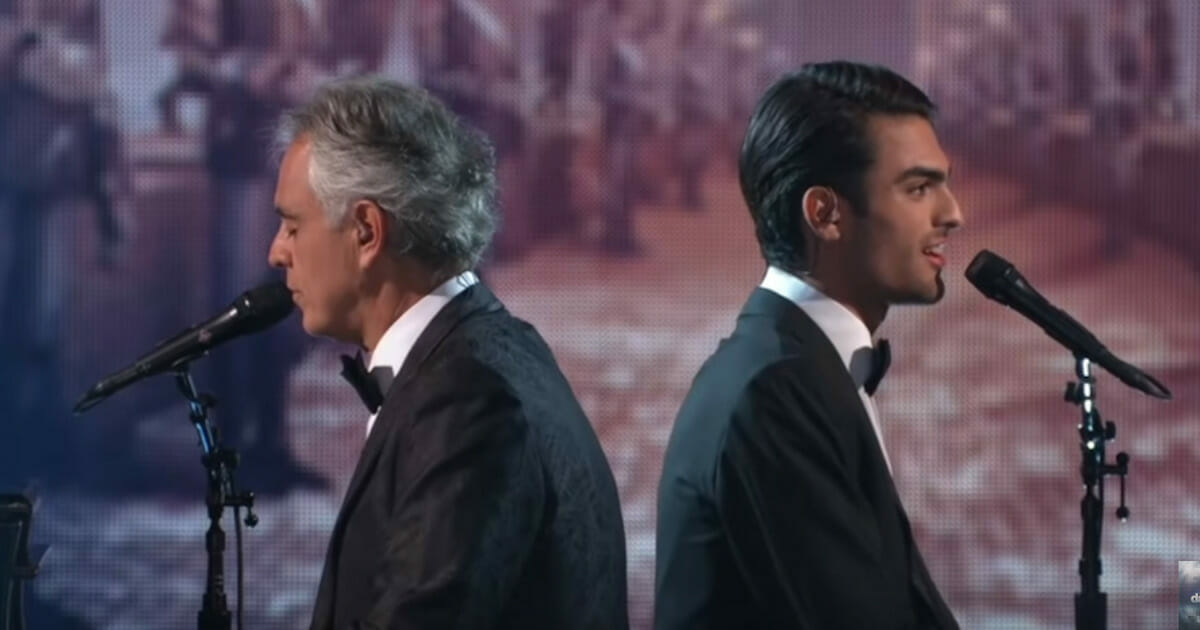 Italian singer Andrea Bocelli has been on top of the world since embarking on his musical career in 1982. Today, after more than 30 years in the spotlight, his voice is considered amongst the most beautiful on the planet.

These days, of course, he’s often accompanied by a certain young gentleman who boasts considerable talent himself … none other than his own son, Matteo.

Matteo Bocelli is one of two sons from Andrea’s first marriage. He was the one who devoted himself most to following in his father’s footsteps, and today can lay claim to being a fantastic performer in his own right.

The duo recently appeared on US program “Dancing With The Stars”, father and son reuniting on stage for an emotional duet that stole the audience’s breath.

Andrea and Matteo combined to perform their new single “Fall On Me”. Both played their own piano, blending their voices expertly in a harmony that left no one unmoved.

Some might consider it of little surprise that Matteo inherited his father’s incredible talent. In any case, we’re thankful that somehow Andrea is even more pleasant to listen to than before!

Enjoy the magical moment between father and son in the video below:

If you liked this as much as we did, please share it with your friends and family on Facebook to spread some magic!