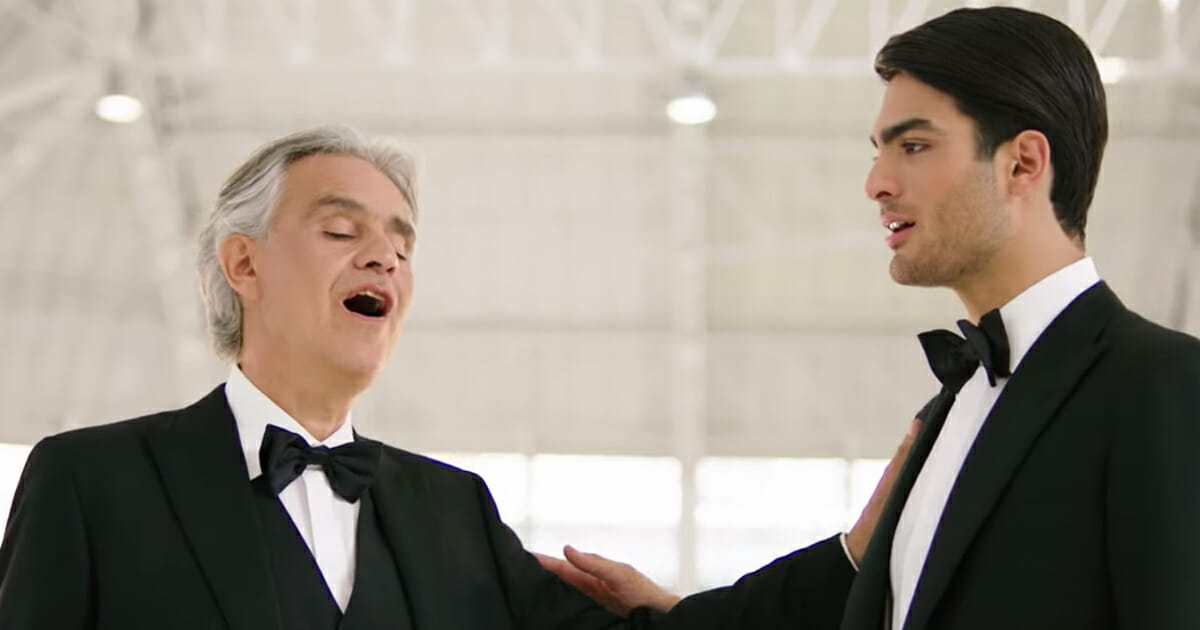 Andrea Bocelli needs no real introduction. Having earned worldwide fame for his stunning tenor voice, it’s no surprise that he remains at the top of the opera scene having sold over 70 million albums.

It’s also not too much of a shock to discover that his son, Matteo, shares his musical talent. Only earlier this month did we cover the story of how Andrea and two of his sons – Matteo included – performed a stunning rendition of the Ed Sheeran classic “Perfect Symphony”.

Well, fans of the Italian are in luck, because he and Matteo have returned … this time with a Disney classic.

In their latest compilation, Andrea and Matteo team up to deliver a song for the upcoming “The Nutcracker and the Four Realms”. That movie will be out in time for the holidays, and fans will be able to hear Andrea and his son in action during the flick!

For those who can’t wait, however, Andrea uploaded a performance of the spectacular song to his YouTube channel.

It begins with Andrea playing the piano, whilst Matteo sings.

Andrea slips soft harmonies into the background as Matteo sings, before taking his own turn in the second verse.

The song is a match made in soundtrack heaven for action-packed holiday hit “The Nutcracker and the Four Realms”, a film Disney fans are eagerly anticipating.

You can watch the incredible rendition in the video below.

Amazing or what? Show your appreciation for Andrea Bocelli and his son by sharing this article!