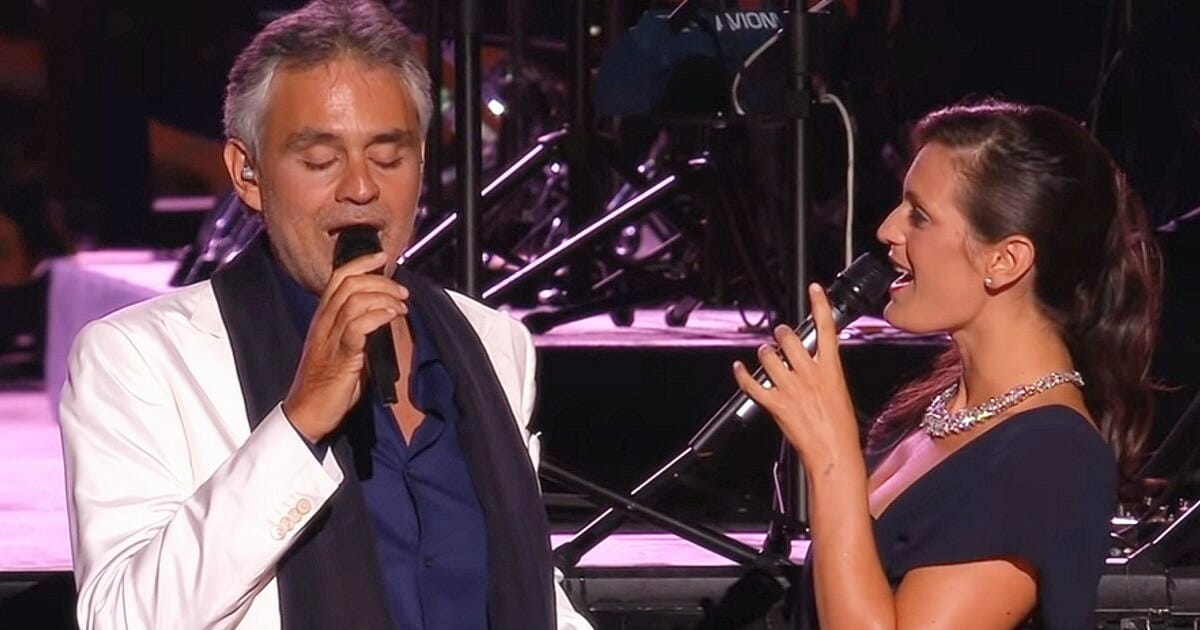 Andrea Bocelli certainly knows a thing or two about captivating a crowd. His amazing voice not only propelled him into the spotlight, but has gone on to cement his status as one of music’s greatest talents.

Recently we’ve watched as he’s performed with his sons and other famous celebrities, but what of his wife?

Well, that box was ticked  in 2012, when his wife, Veronica Berti, joined him on stage for an intimate show …

Andrea and Veronica first got together as a result of their professional relationship. Veronica was his manager, though the pair took the next steps away from the public eye.

Before long it became apparent the couple were made for one another, and their love has stood the test of time.

With Victoria a divorcee at the time of becoming intimate with Andrea, she wanted to wait a while before tying the knot again. As it was, they waited ten years before taking their vows before God.

It turns out, not only do Andrea and Veronica make for a perfect match as partners, but their musical talents also complement each other.

This particular performance certainly proves that latter point. By the time they were done with “Qualche Stupido”, the crowd were left with tears in their eyes.

We’re sure everyone present realized how special the song was, and what an incredible experience it was to see Andrea sing alongside his wife.

Watch the video yourself below:

That’s the kind of performance I could watch again and again.

If you thought the duet was beautiful, share this article on Facebook with your family and friends.