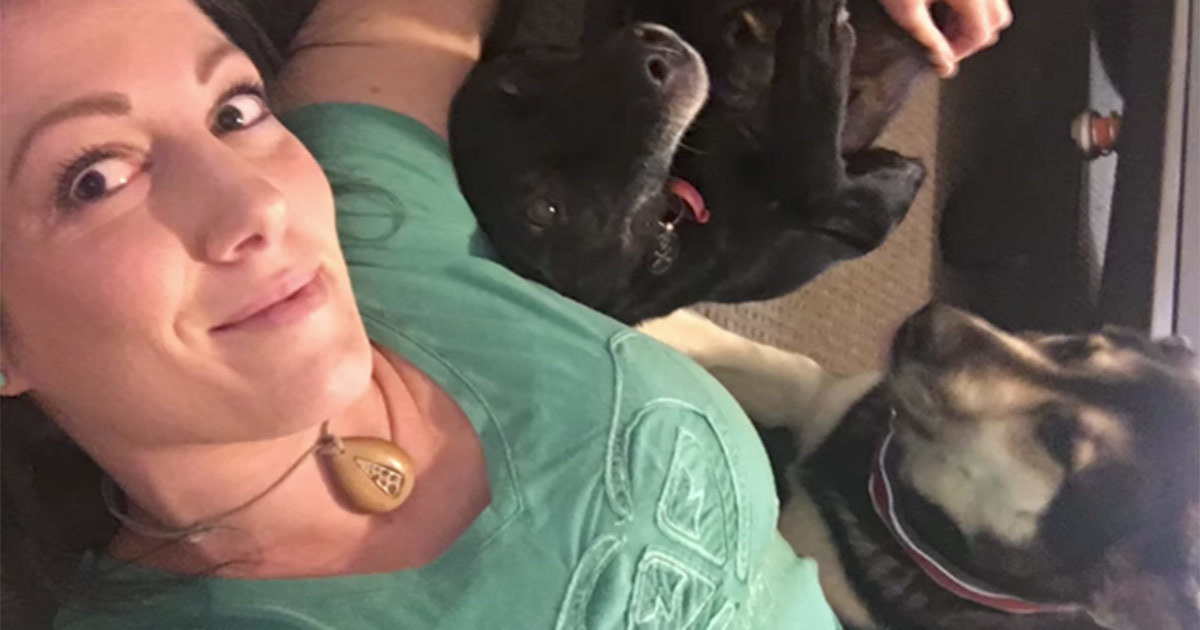 When celebrating an anniversary with your girlfriend or boyfriend, it’s customary to show your love with a gift.

So when Terry celebrated a year with his girlfriend, Anna, he decided to make her a necklace.

Anna was delighted to receive the thoughtful gift. She wore it every day, wherever the couple still went, and rarely took it off.

But what she didn’t know was that the necklace had a big secret hidden inside.

Although he he had never carved wood before, Terry managed to make a beautiful necklace out of ground down spiral shells and some Huon pine, a tree that’s native to the rainforest in Tasmania.

It was a unique gift that was as thoughtful as it was creative—but Terry’s thoughtfulness didn’t stop there.

The secret meaning of the necklace wouldn’t be fully revealed until Anna had worn the necklace for a year and a half.

“I had always loved the idea of giving someone a gift where they didn’t know its true value until years later,” Terry told the Irish Independent.

Terry thought long and hard about when he was going to reveal the secret.

He settled on doing it in Smoo Cave in Northern Scotland, a place the couple had wanted to visit since they met.

Once in the cave, one and a half years after Terry gave Anna the unique gift, he asked to her for the necklace so he could take some photos of it among the rocks.

Then when Anna wasn’t looking, he slipped away and broke the seal of the necklace with a knife to access a secret compartment he had built.

Then Terry turned on the camera, returned to Anna, and got down on his knee.

He opened the necklace—and took out the engagement ring that lay there hidden the whole time!

“She stood there dazed for a second, trying to work out what was going on, and then it dawned and she said ‘yes’ with all the excitement in the world!” Terry told the Irish Independent.

Without knowing it, Anna had walked around carrying her engagement ring… for a year and a half!

Can you imagine a more romantic proposal?

Well, maybe everything the whole thing wasn’t perfectly thought out, because Anna quickly pointed out how wrong it could have gone.

“Wait… it’s been in there the entire time?” she said. “I could have lost it you f****** idiot!” she exclaimed, according to Terry, who obviously didn’t regret it at all.

Check out the romantic proposal in this wonderful video about the necklace’s journey: