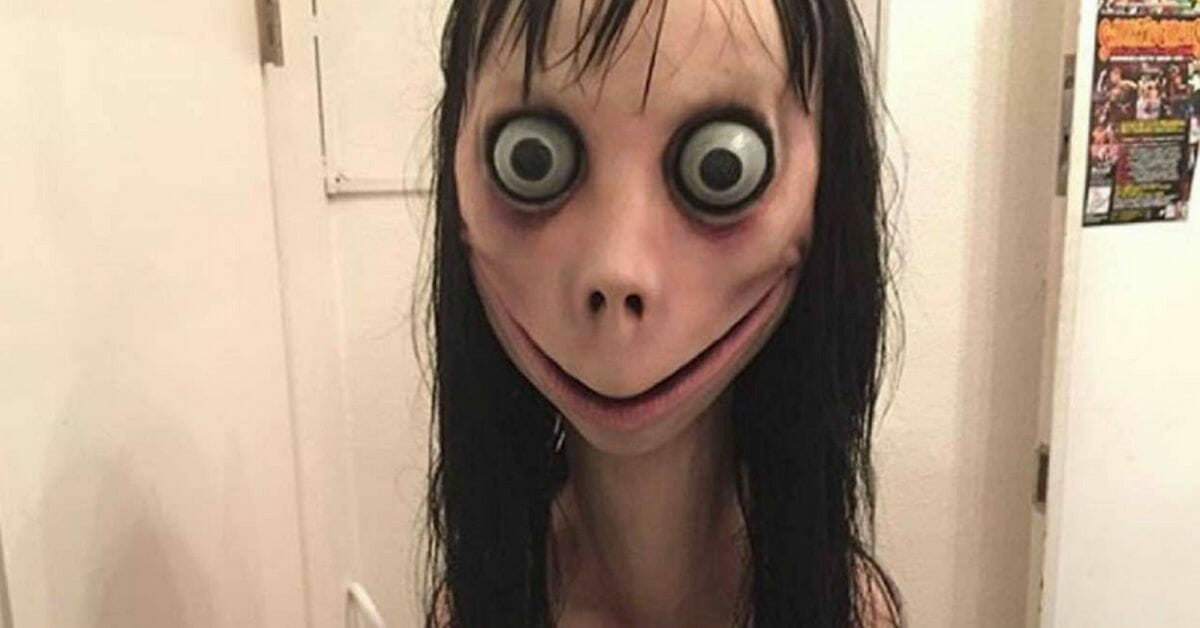 It would seem there’s no end to the one-upmanship concerning viral trends and dares.

Given the incredible rise in the popularity of social media sites, it’s small wonder that crazes such as the “ALS Ice Bucket Challenge” and more recently the “Kiki Challenge” have taken off. But of course, it’s not simply the harmless examples of fun that are passed on from person to person; there are also a good deal of ‘challenges’ with more sinister undertones.

It wasn’t that long ago that we wrote an article on the “Hot Water Challenge”, a viral trend that sees young people throwing boiling water on themselves. As if that wasn’t bad enough, we’ve also had the “Tide Pod Challenge”, that involved people eating detergent, and the “Blue Whale” challenge that includes such things as carving the shape of a whale onto one’s forearm.

Unfortunately, there’s a new game in town, and this one could prove to be the most dangerous yet. Dubbed the “Momo Challenge”, the latest social media craze is something all parents should be keeping an eye out for.

The blood-chilling fad, which has been circulating on messaging app WhatsApp, has recently been linked to the suicide of a 12-year-old girl. Using the somewhat terrifying image of a woman with bulging eyes, long black hair and a wide grin (the image was taken – without consent – from an exhibit by a Japanese artist), it promotes players to go through a series of increasingly dangerous challenges.

With the craze apparently increasing in popularity, authorities are now warning parents to be on their guard.

Those who have attempted the game say that players receive messages and calls from “Momo”. They’re harassed with scary messages, before being convinced to harm themselves and undertake actions that can have dire consequences.

Shane Andrews, a vlogger who has played the game, told Inside Edition: “I was met with some very violent images and text messages that I cannot show. The messages were scary. They said that they knew personal things about me which they couldn’t possibly know.”

He added: “They want you to do small tasks, like wake up at odd hours, overcome a fear. Then it escalates quickly … [to challenges] like jumping off a house and ending your life. You’re supposed to document these things [on] video.”

In the case of one 12-year-old girl from Argentina, police say that she filmed herself before taking her own life. It’s reported she had been talking with an 18-year-old online.

Whilst WhatsApp have released a statement encouraging users to block numbers of those it feels threatened by, Andrews believes the problem isn’t confined to the messaging app alone.

“The scariest thing about this is the ease of access,” he said.

“Children can easily download the app, can easily be on Facebook. All they have to [do is] hear about it and say, ‘I am going to do that,’ and say, ‘That’s not a big deal’ and then be sucked in by the psychological push and pull of the method.”

So, please, keep an eye on your children and be sure to monitor their social media accounts and phones if you believe them to be in any sort of danger. In today’s world, it’s more important than ever that parents remain in the loop as to who their child may be talking to and what sort of online games they might be engaging in.

Help us spread the warning over this ‘Momo Challenge’ so that it can be ended as abruptly as it began.

If you have children, or indeed know others who do, share this article to help us spread the word. Together we can fight this!