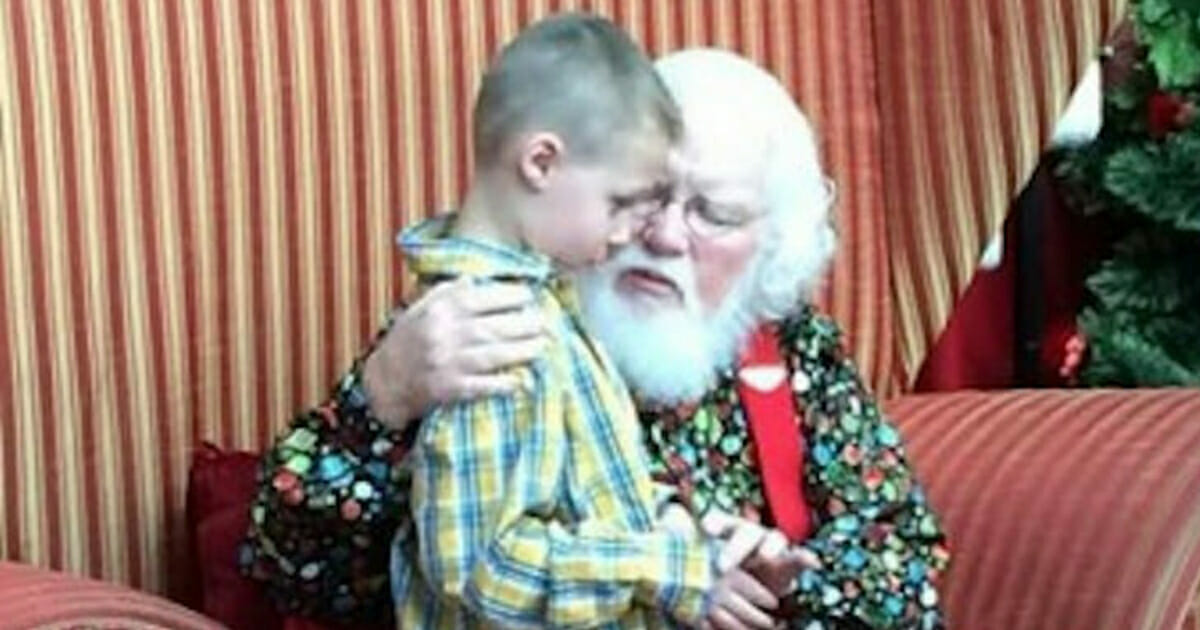 6-year-old Landon and his family were at the River Town mall in Michigan, when Landon noticed Santa Claus was there.

It turned out the boy had an important question for Santa, so he approached him carefully to tell him his secret … he has autism.

Nervous and jittery, Landon sat in Santa’s lap and asked him a question fit to break hearts: “Will my autism put me on the naughty list?”

Landon was worried that his autism could see him planted on Santa’s naughty list, as it made him different from other children.

In an instant, Landon’s anxiety dissipated, and he became calm.

The young boy’s mom, Naomi, sat and watched as Santa put a smile on Landon’s face.

She’s since explained how she’s been trying to teach Landon since he was little that he is not better or worse than anyone else as a result of his autism. He is a good person – a point Santa emphasized.

With just five words, Santa convinced Landon of it: “It’s OK to be you!” he said.

After Landon’s question was answered, the boy stayed with Santa for a few minutes, asking him more questions and discussing his interests concerning Christmas.

Naomi said: “We have met a lot of amazing people in our Autism journey, but this one made the top of the list.”

I don’t know about you, but this story made me feel warm inside. It’s great to see how powerful words can be when used correctly. In this case, it strengthened the self-esteem of one young boy, and for that his mother will be eternally grateful.