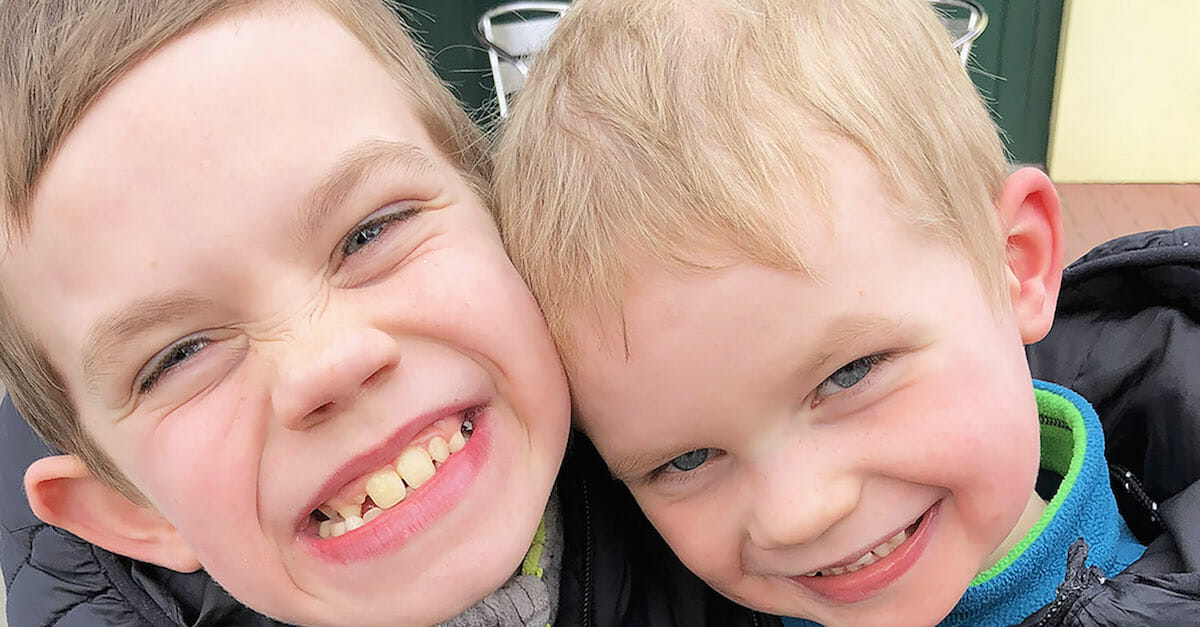 Gemma Ryan lives in the UK with her husband David their two sons, 10-year-old William and 6-year-old Edward.

Both William and Edward have autism, while Edward also suffers from ADHD and Tourette syndrome. The children’s disabilities mean they differ slightly from other kids in school and other social environments.

From time to time both of the boys display ticks they have little control over. They can make loud noises or flap their arms, leading to hurtful comments and judgemental looks from others.

It was in August, 2016, that Gemma took William and Edward to a play center. Instead of the great day Gemma had envisaged, however, both boys had a miserable time of things, and all because of the callous attitude of other parents!

Gemma Ryan’s sons William and Edward are often forced to experience things no child should be subjected to.

The disabilities they have mean they’ve been targets for bullying, whilst they often have little control over sudden vocal outbursts and movements.

On that fateful day in August, 2016, when Gemma had taken her sons to a play center, she was approached by another mom who said she: “should keep my ‘weird’ boys away from her son and that I needed to understand they shouldn’t be here.”

Gemma, of course, wasn’t about to let another woman decide what her boys could and couldn’t do.

“I confronted her and told her my son was not weird and that she needed to educate herself on these kinds of conditions,” Gemma told the Daily Mirror.

A little over ten minutes later a man arrived at the play center with his son. The boy made friends with William and the two played for a time, before William put his arm around him.

As Gemma explains, the man suddenly freaked out, telling Gemma he would strangle William if he did it again.

Needless to say, the experience at the play center took its toll on Gemma and the boys.

It was an entire year before Gemma felt comfortable returning to the center.

“William is starting to understand more and more that he is not the same as others and that people will often him treat him differently, while Edward is still not old enough to understand,” Gemma said.

Gemma and her husband David have now started an initiative for children with autism, one designed to ensure they’re included and accepted in society.

The event, set up by David and his business partner, Chris Wright, included stalls selling sensory items, a silent disco, superhero characters and talks about autism.

“Spectrum” proved to be a major success, with around 1,000 people turning up to enjoy the day. William even performed his rendition of Michael Jackson’s iconic “Thriller”!

I’m so happy William and Edward were able to have the day they deserved at Spectrum.

Even so, it shakes me to my core that there are adults who can be so disrespectful to children with disabilities. Share this article to show your support for William and Edward!