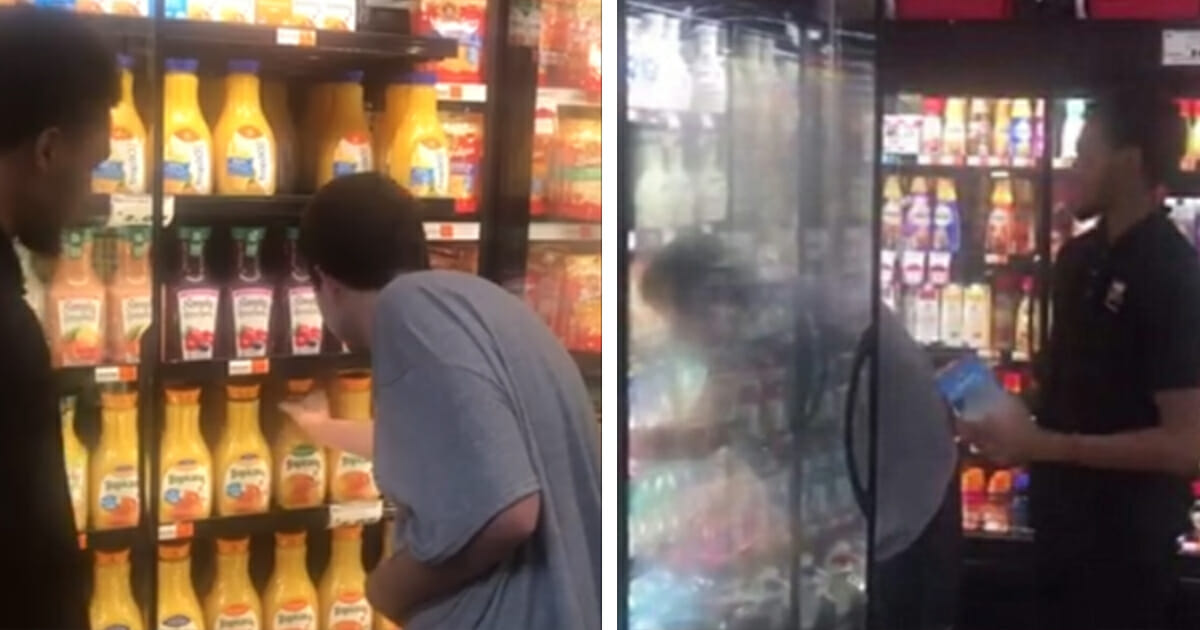 Given that today’s social media output is so often derived from tragedy, war and terrible things happening around the world, it’s a breath of fresh air to stumble across a story of compassion.

That’s probably why a store clerk in Louisiana has gone viral after single-handedly chalking up a point for the ‘good guys’. Delaney Edwards Alwosaibi posted on Facebook to tell her friends and family about Jordan Taylor’s actions, after the grocery store worker went truly above and beyond for her autistic brother.

Taylor, who is an employee at Rouses Markets in Baton Rouge, was busy stocking shelves when Delaney’s brother and father walked in. Her brother, Jack – also known as Ziggy – had an interest in stocking the shelves, so what Taylor did in response was enough to earn the respect of thousands online…

As Delaney wrote in her Facebook post, it can sometimes be a challenge to leave the house when you’re autistic. Her brother Jack suffers from the condition, and so places like grocery stores (usually bustling and busy) can pose something of a difficulty.

On this occasion, however, Jack and his father’s trip was anything but. When they got to the store, Jack took an interest in stocking the shelves. Store clerk Jordan Taylor was busy doing just that and, according to Delaney’s post, spent half an hour with Jack as the pair completed the task together.

“Talk about a stand up young man!!!! My dad took Ziggy to Rouse’s yesterday and apparently he was interested in stocking the shelves,” Delaney wrote in her post.

“We all know autism makes going out difficult, and sometimes grocery stores can be a challenge.

“This young man took the time to slow down and allow Jack Ryan to help for over 30 minutes, guiding him as he finished his task.”

In the video, which was captured by Jack’s father, the pair can be seen loading the shelves with fruit juice and dairy products. They develop something of a partnership, with Jordan handing Jack the items to place in the fridge.

Delaney added: “He could have ignored him. He could have made an excuse and said he couldn’t allow him to help. Instead, he let him have his moment and in turn gave my family a moment we will never forget.“

It should go without saying that footage of the clip has been received extremely well online, with Delaney stating that though it might not mean a lot to others, it certainly does to her family.

She’s launched a GoFundMe campaign for Jordan, one that has already raised over $25,000 in a bid to send him to school.

“Jordan told me he loves math and would like to possibly be an educator someday,” Delaney said in the description.

“All I know is, whatever he decides to do he will excel! Thank you to Jordan for what you did for our Ziggy, we will never forget!”

What a great young guy Jordan is, exhibiting compassion and patience where it could have been easier to turn his back or simply not find the time to let Jack do what he wanted to do.

Share this article if it put a smile on your face. The world needs more people like Jordan!