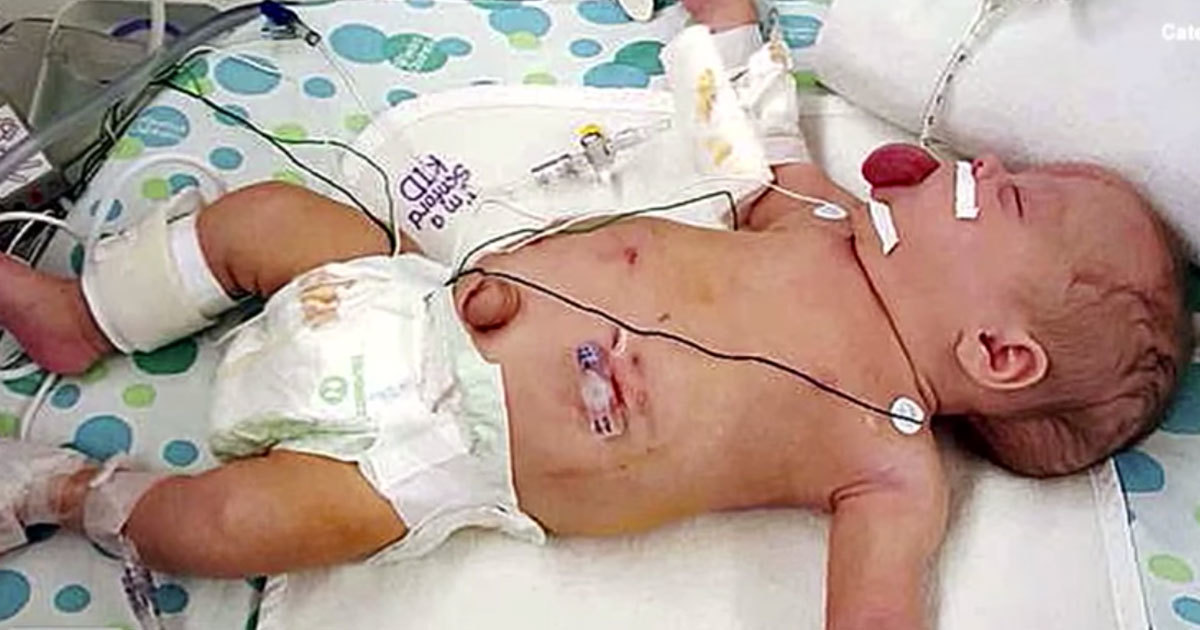 Paisley Morrison Johnson was born with a rare genetic disease that made her tongue was large as an adult’s. The condition is called Beckwith Wiedemann Syndrome.

Her tongue was so large that it threatened to choke her. Paisley couldn’t even breathe on her own during her first week of life.

But thanks to a team of skilled doctors and surgeons, Paisley was given a second chance at life. And after a complicated surgery, she can finally smile.

What a cute little girl!

Beckwith Wiedemann Syndrome is a rare disease that affects one in 14,000 newborns. It makes the baby’s tongue grow abnormally quickly.

Little Paisley’s tongue was twice as big as her mouth when she was born, and she couldn’t breathe or eat on her own. She was fed through a tube in her stomach until she was six months old.

“Her tongue stuck out all the time, and she chewed on it because it took up so much space in her mouth,” says a medical student who helped treat Paisley.

Doctors were afraid that Paisley’s tongue would choke her when she was born, and they told her parents that their little girl’s tongue was one of the biggest they’d seen. Then after a week of breathing assistance, Paisley managed to breathe on her own.

The girl’s enormous tongue meant that she looked different, and when her mother took her out of the stroller, Paisley often received curious stares and questions from strangers.

When Paisley was six months old, she had her first surgery. Surgeons removed a total of 5 centimeters of her tongue.

But it was not enough.

Four months later, her tongue had grown back, and doctors were forced to perform surgery again. This time it went well.

After her second surgery, Paisley treated her parents with a smile—for the first time in her life!

“She is a brand new baby—her face looks different, she smiles a lot, and is about to say their first words,” says Paisley’s mother.

Doctors now hope that they won’t have to operate on Paisley again. She might need the help of a speech therapist in the future, but otherwise, she should be just like any other child.

Watch a video about Paisley here:

Were you also touched by Paisley’s story? Please share her story with your friends.