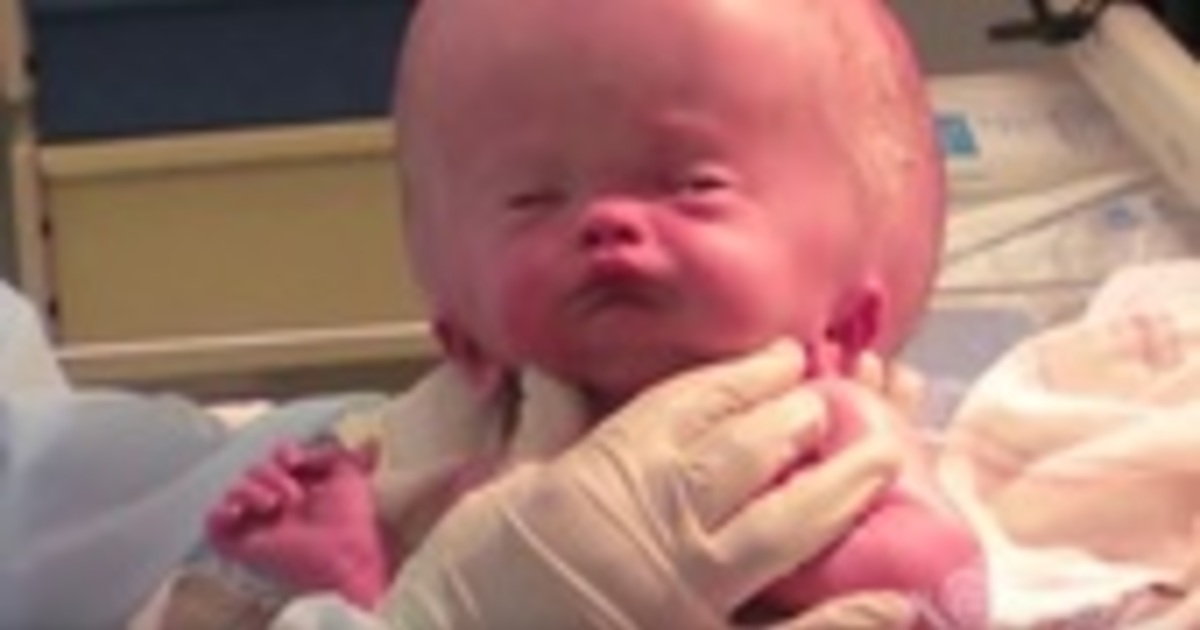 Little Parker’s story is, just as his dad describes it, a story of unconditional love.

Parker was born with hydrocephalus, a condition in which there is an abnormal accumulation of fluid in the brain.

For Parker, that meant that his brain made up only 5 percent of his skull – as compared to the 90 to 95 percent found in normal babies.

Hospital staff warned the parents to prepare for the worst, but it soon became clear that their little boy was not about to give up…

Parker’s situation was both serious and startling, concluded doctors who examined his radiographs.

Parents Crysie and Ryan Grelecki received the news about their baby’s abnormality before he was even born, leaving them shocked and concerned.

But they did what all parents should do: they stood by their unborn child – unconditionally.

“I was by his side all the time. I tried to talk to him, ask him, hold his hand, pat him,” says dad Ryan.

After some days, little Parker began to undergo operations to help drain the liquid from his skull and relieve the pressure.

According to mother Crysie, it took Parker some time to sit and keep his head up, but ultimately he prevailed.

Parker also skipped the common crawling stage, and began walking right away instead.

Parker’s parents say they owe a lot to the Children’s Hospital in Atlanta and its staff, whom eventually felt like an “extension” of their own family.

Parker’s recovery is just one of many of the hospital’s remarkable success stories, which is world-famous for its rehabilitation program.

Now, Parker, with glasses and a head full of golden hair, is almost unrecognizable from the day he was born.

What a brave little boy!

His proud mother describes him as a “chatterbox” and a “loving child”, and it’s clear that he feels all the love around him- not only from his biological family, but also from his family at the hospital.

Isn’t the strength that dwells in us humans just amazing? Thanks to all hospital staff to help children to get life back!