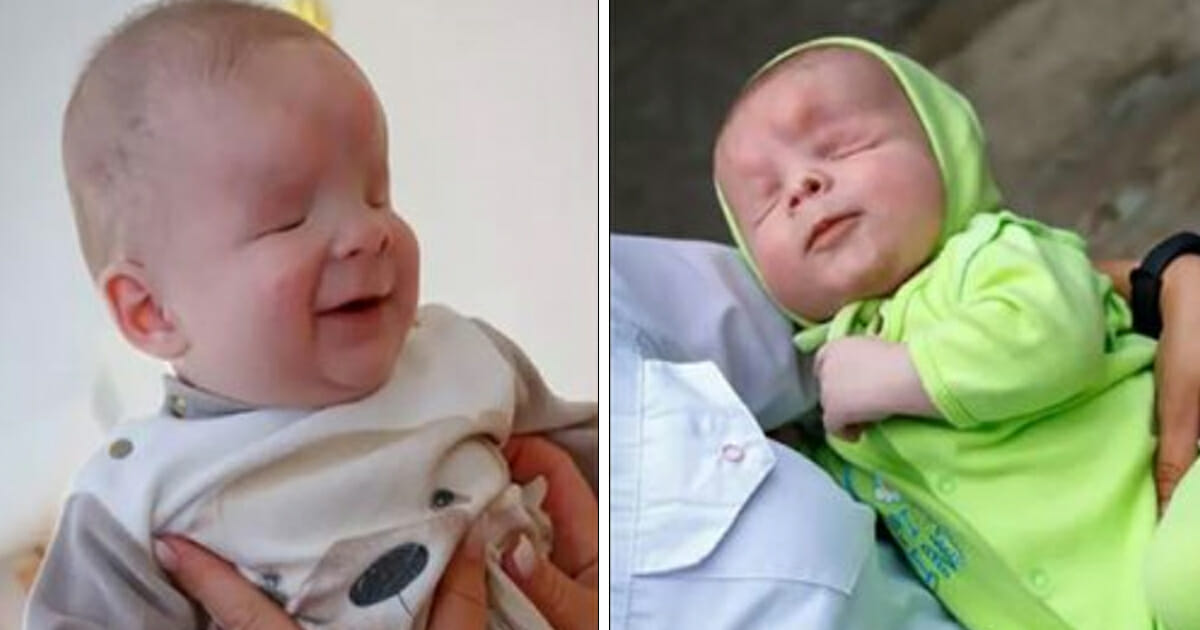 A unique baby boy born with no eyeballs is seeking a loving home, according to reports.

Alexander K, also known as ‘Sasha’, was born back in April, but doctors have said he will never be able to see, despite being otherwise perfectly healthy.

As per sources, Alexander’s mother had been raised herself in an orphanage, and decided to give her baby up before he was born as she wasn’t confident she could give him the life he deserved.

Now, a loving home is being sought by adoption chiefs in Russia.

Baby born with no eyes in need of loving adopted home https://t.co/XwyvWkkkcn

The six-month-old baby is currently in the care of a nurse in the Siberian city of Tomsk.

“He is no different to other children, he plays and smiles just like any healthy baby,” she said.

“He loves playing and adores swimming.

“He is a very cheerful baby indeed.”

Reports state that Sasha has two benign cysts on his forehead, both of which are soon to be removed. It’s believed he’s suffering from an extreme form of the rare SOX2 anophthalmia syndrome, which affects one in a quarter of a million people.

Doctor Tatiana Rudnikovich said: “Sasha is going through all regular check ups and tests like any other baby of his age.

Baby born with no eyes abandoned by his mum as nurses seek loving home https://t.co/pWgvWq6vWj

Unfortunately, medics don’t think Alexander will ever see, though that doesn’t have to stop him enjoying a fruitful, love-filled life.

He will first be up for adoption with Russian parents, but if no suitable parents come forward he can go to foreign guardians.

Incredibly, there are only two other cases of babies born without eyes registered in the world.

We’re sending all our prayers and thoughts to baby Alexander.