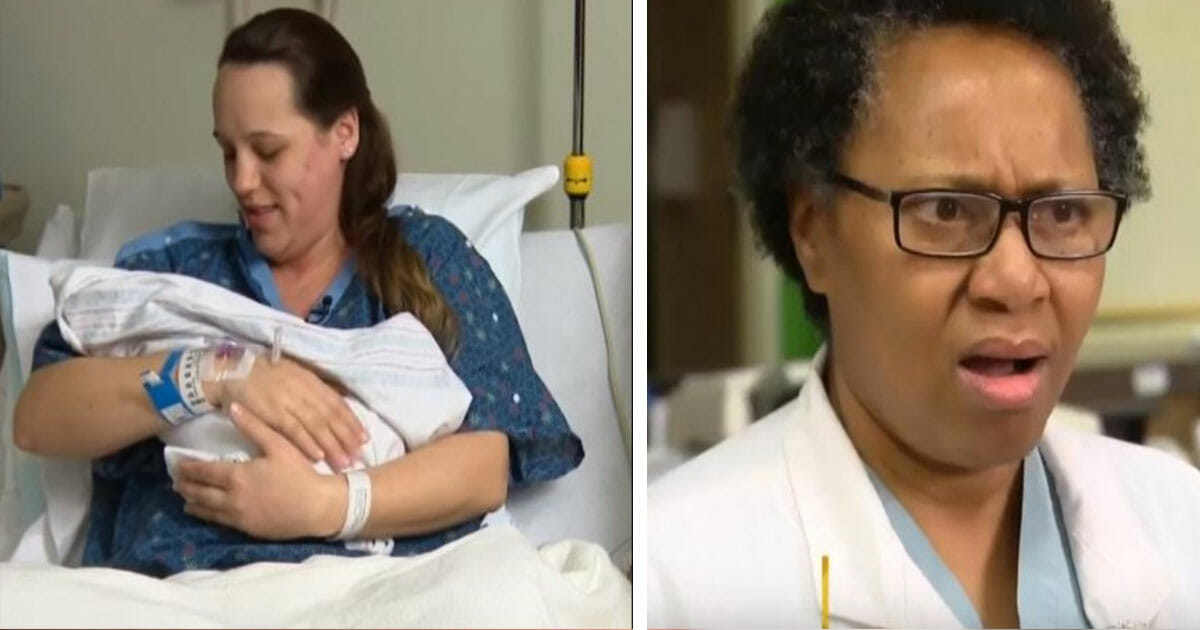 The birth of a child is a miracle of nature to behold. There’s no moment so life-changing as when you become a parent for the first time, with every single aspect of your life being impacted by the little one’s arrival.

In fact, it can sometimes come as a shock, the day that your child enters the world. Even more so, we guess, if a detail in the birth is a 1 in 48 million happening.

Well, for one Chicago family, those odds were something they had to deal with. What baby Aiden ‘did’ was reportedly a 1 in 48 million occurrence, so it should come as no surprise that it’s since made headlines.

Before you ask, no, it had nothing to do with his weight or appearance, or indeed have any connection to the actual delivery per say. Still, we have to admit it’s pretty special…

When Kyrsten Moreno fell pregnant, her and her family did all they could to prepare for their little one’s arrival.

It may have seemed like a usual pregnancy, but Grandma Nadine Hugmeyer had a feeling something special was going to occur. When baby Aiden was still inside the uterus, Nadine told him that he needed to hold on for his mom’s birthday to continue a family pattern that now borders on the ridiculous.

You see, it wasn’t just mom Kyrsten whose birthday Aiden’s would coincide with. It was his grandma’s as well, meaning that three generations from the same family share the same birthday.

Diane Leonard, who works for Amita Health, was present at Aiden’s delivery and said she had never heard of it happening before. Staff at the hospital sang the trio “Happy Birthday”, while Grandma Nadine told CBS 2: “I think it was meant to be.”

It goes without saying that it’s a rather unique set of events. Mom Kyrsten says it “had to be on purpose”. All we know is that the rest of the family must be groaning as they check their wallets; three birthdays on the same day is likely to get rather expensive.

For more on this amazing story, watch the video below:

Is this an incredible turn events or what?

If you think God had a hand in this, SHARE the story with your family and friends! He works in mysterious ways.