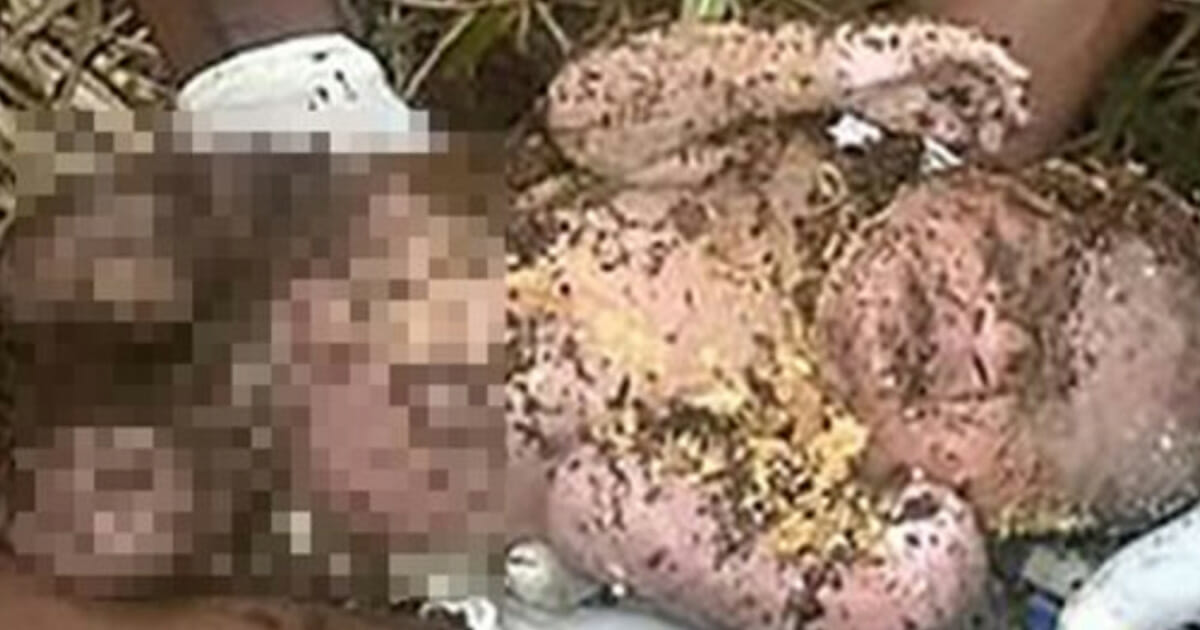 It seems that each day the world becomes a little more callous, a little less caring. Perhaps it’s simply that social media enables to share stories and spread their reach farther and wider than ever before, thus exposing us to information we wouldn’t normally be subjected to.

Whatever the case, few can deny that there exist those stories that stand out even in a landscape of journalism bent on telling of destruction and chaos. This particular story, concerning a group of South African factory workers who found a baby that had been buried alive by his own mother, certainly sits in that category.

Upon hearing what sounded like crying outside their factory, the workers decided to investigate the source of the noise. They unearthed a baby boy who it would later transpire had been left for dead by his mom three days previous.

According to reports, the 25-year-old mother, who also worked in the timber factory in the town of Paddock, KwaZulu-Natal Province, South Africa, left her baby boy for dead because she was scared her parents would be angry.

Believing they would reprimand her for having a second child, she buried the boy in sand and timber from the factory.

As per the Daily Mail, Captain Gerald Mfeka said: “On hearing the commotion, the mother confessed that the child was hers. Her explanation was that she was afraid of her parents.

“This was her second child, the elder one being four years old, and she felt her parents would not approve of another baby.”

Baby boy pulled alive from shallow grave in South Africa three days after he was left to die by his mother https://t.co/sSQzZKkE4O pic.twitter.com/vapKQMAjb2

After being discovered by the factory workers, the baby was rushed to the intensive care unit in Port Shepstone Regional Hospital.

Of course, it goes without saying that acts such as this one should be condemned. One has to question the mental condition of a mother who would leave her baby to die, and so perhaps harsh judgements should not be cast too early. Even so, it pains me to think the world we live in is one wherein things like this happen every single day.