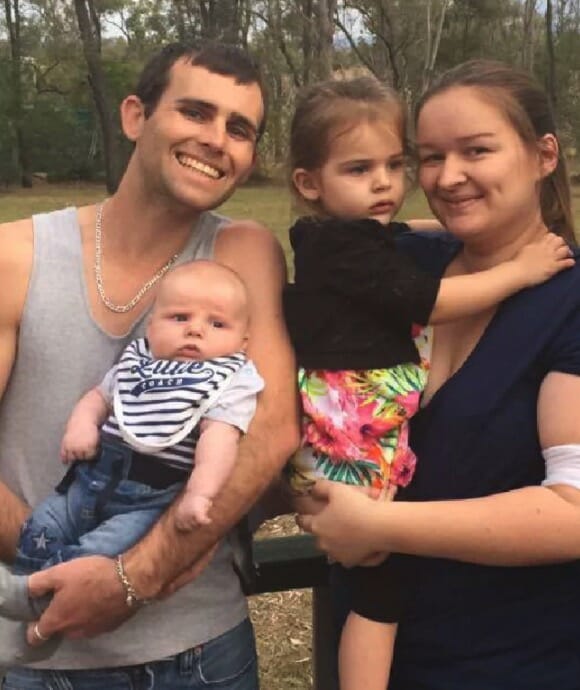 There are few things worse for a parent than seeing your child become seriously ill.

As a mom or dad, all you want is to watch your children grow up happy and healthy. The idea of standing by when they’re not, and not being able to do anything about it, is unbearable.

Mother of two, Kayley Burke, of Queensland, Australia, recently spoke of something she faced that was just this. It was both horrible and, sadly, avoidable.

He wasn’t old enough to have been vaccinated against the disease, and, because parents didn’t keep their infected children at home when they got sick, poor Elijah contracted the illness and became extremely ill.

Kayley herself, and her other child, Kaliah, both caught it as well. However, Kaliah had been recently vaccinated, and so the outbreak wasn’t half as bad as with Elijah. Even so, Kaliah suffered too, enduring extreme pain, as per news.co.au.

“The pictures below show you exactly why.

“Our poor baby boy who is too young to be immunised has caught the chickenpox. It has almost been a week since they showed up.”

The worried mom told Sunshine Coast Daily: “It’s horrible, I can’t think of anything worse (than watching him go through this).

“I’m very annoyed that he’s sick. I’m a strong believer in vaccinations and I’m sure if he was old enough to have the shot he wouldn’t be so sick.”

“Fortunately since Kaliah hasn’t long been immunised she has a few spots and blisters but is well in herself.”

Kayley pleaded with people to not be “a bloody idiot” and ignore a vaccination that could simplify everything.

“Think about the risk you are putting on other helpless kids that are too young or who actually can’t be vaccinated,” she said.

Of course, there remain people who are hesitant to administer vaccines to their children, placing them at genuine risk when the infant enters a public space. It’s recommended that every parent follows the proper vaccination procedures to safeguard their child against incidents like the one that has befallen Kayley and Elijah.

It’s important to bear in mind that in addition to potentially serious consequences for one’s own children, it can also be detrimental to the children of others.

Do you think all children should be vaccinated?

Please share this article with your friends so that more people are made aware of the risk of serious illnesses associated with not giving your child the proper protection. Alternatively, if you’re anti-vaccination, share your comments and thoughts.