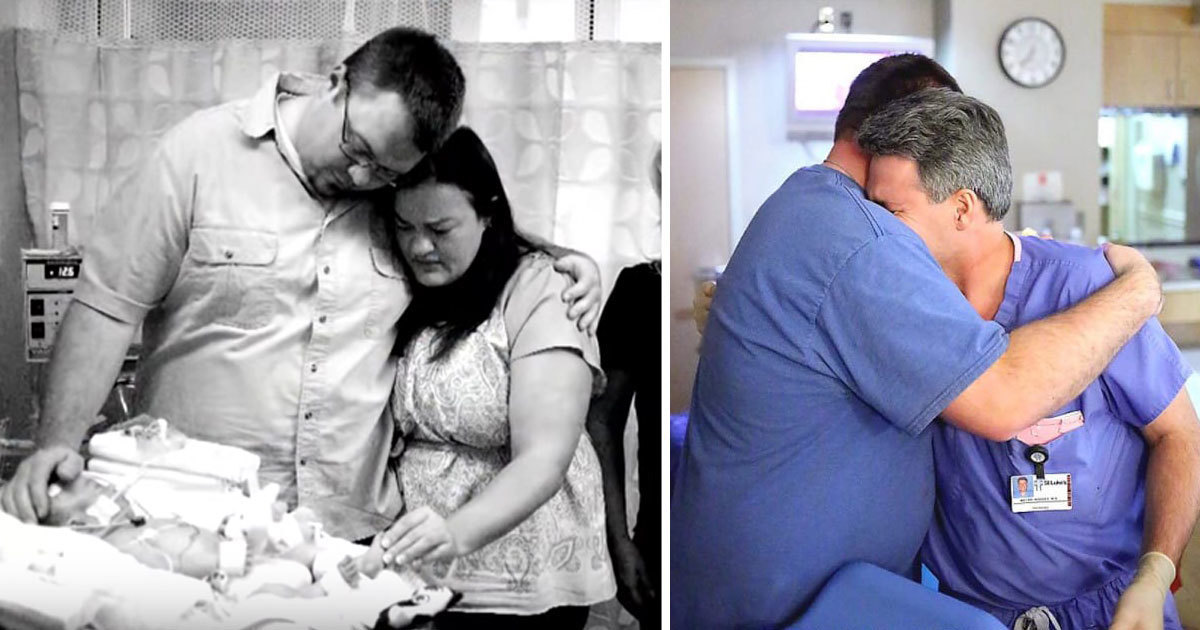 Andrew and Amanda were full of joy as the birth of their first child approached. But their joy changed to despair when their son, Klayton, died moments after he was born.

Their doctor, Bryan Hodges, wept with the child’s parents after the terrible event.

But 10 months later, something magical happened that brought happiness back into all of their lives.

On April 6, 2013, Andrew and Amanda’s first son was born. The delivery seemed to be going well at first, but when the boy finally came out, Amanda noticed that something was wrong.

The whole room held its breath while doctor Bryan Hodges and his colleagues tried to revive the infant. But unfortunately, their efforts didn’t work.

Andrew and Amanda were devastated after losing her baby. Their doctor also cried with them and in that moment, he was more like a friend or family member than a doctor.

When the couple returned home, the sight of all of their child’s toys and unused clothing in the nursery was too much to bear.

But instead of giving up, they decided to try to become pregnant again.

It took only a few weeks before Amanda was pregnant with their second child. But given what happened the last time, the couple was terrified throughout the entire pregnancy.

Still, they decided to use the same doctor again, and even invited a photographer to capture the delivery on camera.

Amanda gave birth to Karson—a healthy baby boy. And doctor Bryan Hodges shed tears once again. But this time, they were tears of joy.

The image of Dr. Hodges embracing Andrew has now touched thousands of people on Facebook.

“I looked at Dr. Hodges and I could just see how relieved he was too, and I couldn’t help it. I just had to give him a hug,” Andrew told USA Today.

The story of Andrew and Amanda is full of sadness, but it also provides hope. Many other parents have gone through similar losses, and I hope that they can find solace in this story. I wish Karson and his parents all the best in life.

Were you also touched by this story? Share it with your friends.