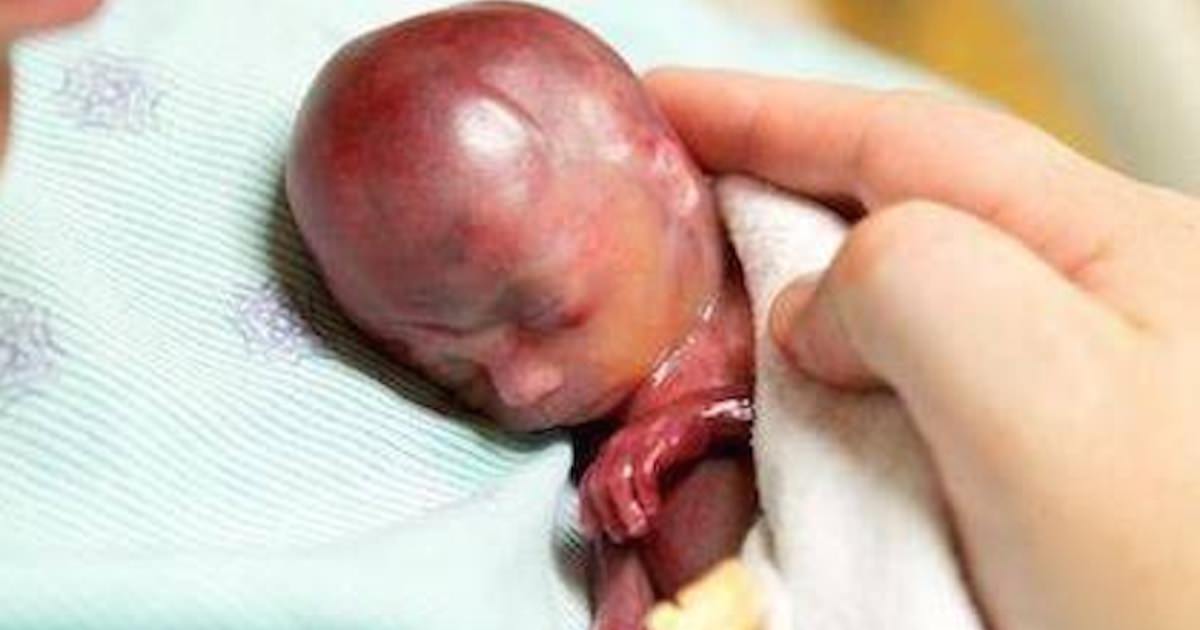 When Walter Joshua Fretz came into this world, he was 20 weeks too early.

His doctors knew he had no chance of survival, but that didn’t stop him from giving his parents an incredible moment that they’ll never forget.

In the summer of 2013, Alexis Fretz, known as Lexi to her friends and loved ones, was pregnant.

Everything was going according to plan until one Friday when Lexi suddenly felt a sharp pain and started bleeding heavily.

Lexi called her doctor and was rushed to the hospital.

Lexi’s contractions had begun, and even though she had only been pregnant for 19 weeks, she had no choice but to give birth.

When little Walter entered this world, the odds of him surviving were virtually non-existent. But he stuck around just long enough for a miracle to occur.

For a short while, life beat inside little Walter’s chest. It was a moment that his mom will never forget.

“He was born at 9:42 p.m. and he was handed up to me as soon as his cord was clamped. I was crying so hard at this point but he was perfect. He was fully formed and everything was there, I could see his heart beating in his tiny chest,” Alexis writes on her blog. “Joshua and I both held him and cried over him and looked over our perfect, tiny son. The nurses and Dr. left us to have some private time along with him.”

But Walter didn’t have much strength left, so it was dad Joshua’s turn to say hello and goodbye.

He gently lifted his son to his chest and took him into his heart forever.

Even though tears streamed down her cheeks, she was grateful to have the moment with her little brother.

Although Walter’s time on earth was far too short, his family felt grateful to share a moment with their tiny angel.

And Lexi is incredibly grateful to the hospital staff, who were angels in their own way.

“I can not say enough good things about my doctor ;and the nurses that were there with me. They never once mentioned the word fetus. They prayed with me, cried with me, and were there for my every need. Even in a time of so much pain, I felt loved by them all. They took such absolute wonderful care of us,” Alexis writes.

Lexi’s strength is both impressive and inspiring. It couldn’t have been easy for her to share this experience with us all.

Lexi will never know why her son only got to spend a short time with her and her family. But hopefully, they’ll be reunited again one day in one way or another.

We can’t imagine how difficult it must have been to say goodbye to her son. And while nothing can heal Lexi’s wounds altogether, by sharing her story, we can at least help pay tribute to the memory of little Walter.