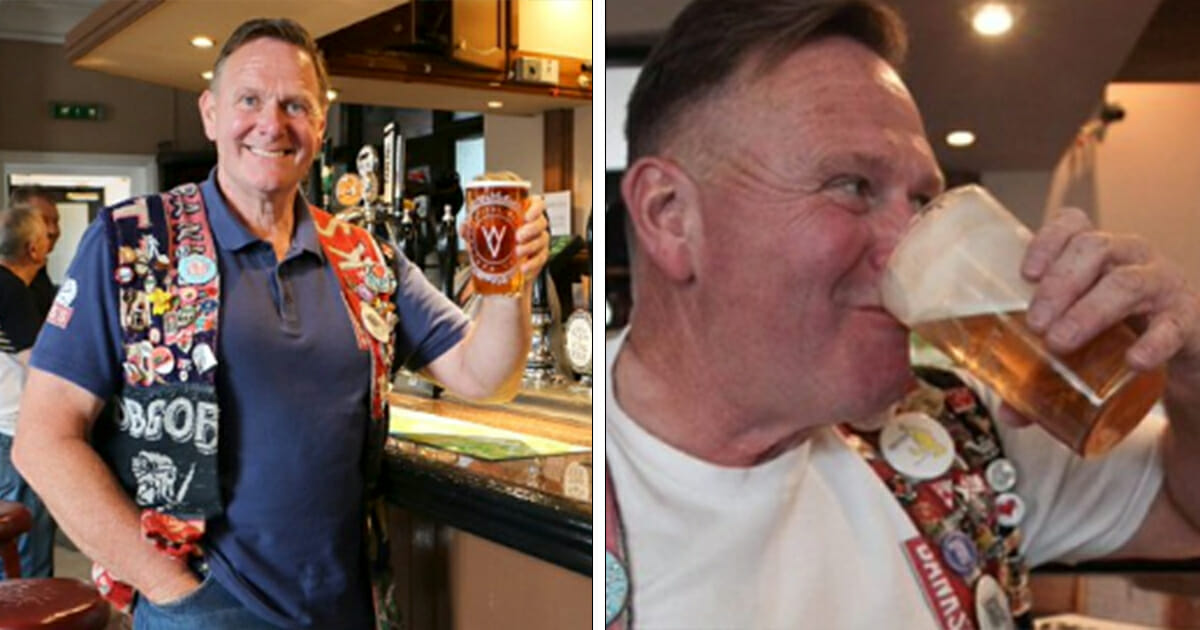 When I think back on all the beers I’ve had in my life, I’m certain beyond a certainty that I’d be proud of the total number.

Of course, I can’t know the exact figure for sure, only that it’s probably* somewhere between the national average and the highest possible amount.

Sound impressive? Well 63-year-old Peter Hill has consumed that amount. No, seriously, Hill has reportedly spent 35 years on a pub crawl, and has knocked one back in every county in the UK.

"I don’t think you can stop at the same one & just keep visiting pubs for the sake of it. I think that would have been a bit boring. I think to advise anybody get a hobby & set yourself different targets & don't just stop on one target or you'll get fed up.” Peter Hill pub expert pic.twitter.com/bP2n1fFSbW

Metro quote Peter as having said: “I’ve enjoyed myself, I’ve loved every minute. It’s taken me to places I’ve never dreamed of going to and trying beers I never knew existed.”

Peter’s bar crawl began way back in 1984 – he thinks he must have been to more than 21,000 pubs with his friends at the Black Country Ale Tairsters.

Moreover, Peter isn’t quite done yet.

“It’s benefited my health without a doubt, I’ve travelled all over the UK. I keep finding new ways to challenge myself and new pubs to visit, so I’ll keep on going for as long as I can.”

The Black Country Ale Tairsters have just dropped in.
This is their 21,011 pub visit… #Respect ?? pic.twitter.com/wUa96WXeMl

Peter, who has been his groups main organizer for the majority of their three-decade-long venture, is meticulous with the records he keeps. He says since 1984 he’s visited 21,404 pubs and had more than 50,000 pints of beer.

“I’m doing my bit to keep the local pub scene alive,” he said.

Peter, we here at the Beer Heaven salute you sir! What a fantastic example you’re setting.