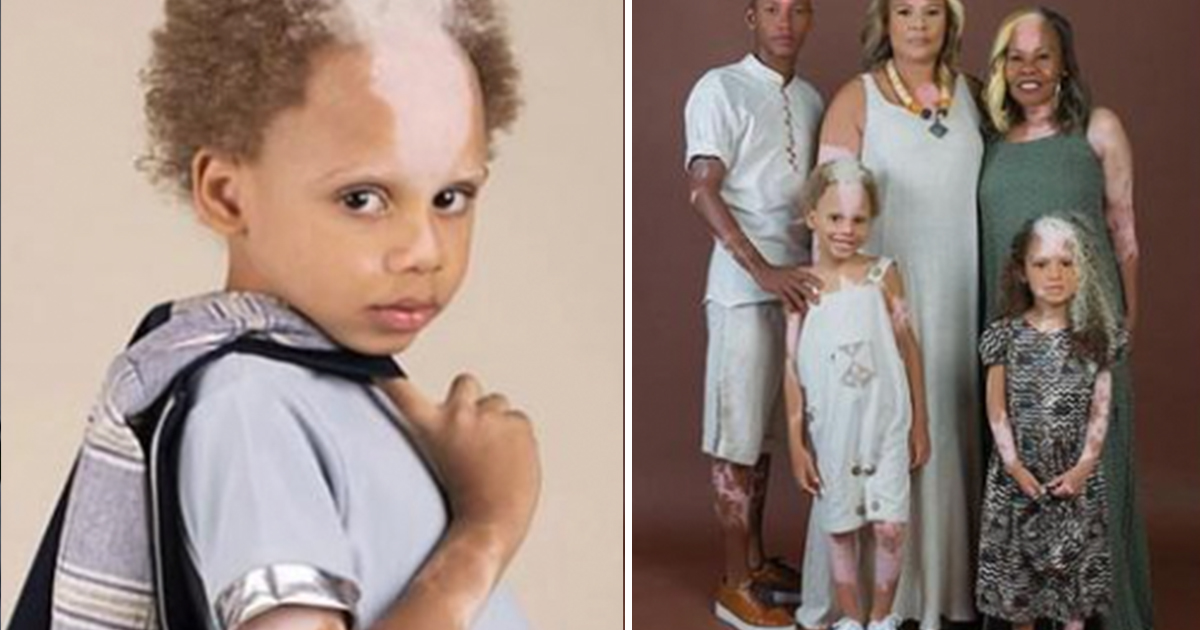 A 7-year-old boy who has a rare skin condition, which causes him to have white patches of skin and hair, has landed himself an international modeling contract.

Samuel Silva, from Bahia, Brazil, was born with piebaldism, a rare genetic condition that affects one in 20,000 people.

His mom and grandmother share the same skin condition which often causes people to think they’re burn victims when in fact the unusual condition is caused by a lack of melanin.

Samuel also has uncles and cousins with the same condition.

His parents’ initial reaction to their son was to hide it, so they shaved his head to try and disguise the white crest that runs through his hairline. But they have since decided that their son should embrace it and set up an Instagram account.

His account, which is followed by over 30,000 people, describes him as a “AfroBrazilian SuperModel.”

The success of Samuel’s social media account led to children’s modeling agency Sugar Kids approaching the family in April 2019 to ask if they could sign Samuel, and he quickly became a top model.

His success is due to Samuel’s mom Nivianei’s attitude toward her own condition, refusing to shy away from it.

“Nivianei knew she was different and embraced it with open arms. She wore short skirts and tops whenever she wanted, and always stood her ground against anyone who dared to bully her,” Samuel’s uncle Julio Sanchez-Velo said.

“She gained everyone’s respect in the community and would then only receive stares and comments when she left her neighborhood,” he added, as per the Daily Mail.

“The doctor didn’t think much of it because he was healthy. The family had never been properly diagnosed and just referred to the markings as a birthmark. But they knew it wasn’t vitiligo because the stains never changed in shape or size.”

Throughout his mother’s and grandmother’s lives, the family have faced discrimination with strangers assuming little Samuel had been burnt.

“The family brought him up to accept himself and his differences,” Julio added.

“Samuel’s hair in particular is stunning. His parents used to shave it so as not to draw more attention to his condition, but once they let it grow into an afro it looked amazing.”

Thanks to his parents Samuel has always been proud of his markings describing them as “beautiful stains.”

Now, thanks to his modeling, he’s become even more confident.

“He really loves modeling. He is very artistic and loves to walk on the runway and pose for photographs. He really thrives and you can see it in his face,” Julio said.

“He loves being the center of attention and traveling. He comes from a poor community in Brazil where there are not many opportunities to see the world.

“He has become the face of acceptance and inclusion in the children’s fashion industry, and we hope that other kids who feel different about themselves will see how well Samuel is doing and feel good about their own differences.

“Being different is not something we should hide – we have to embrace it, just like Samuel.”

I hope many people who shy away from being different can embrace Samuel’s attitude and celebrate their differences. This little boy is a true inspiration and I hope his career continues to thrive.