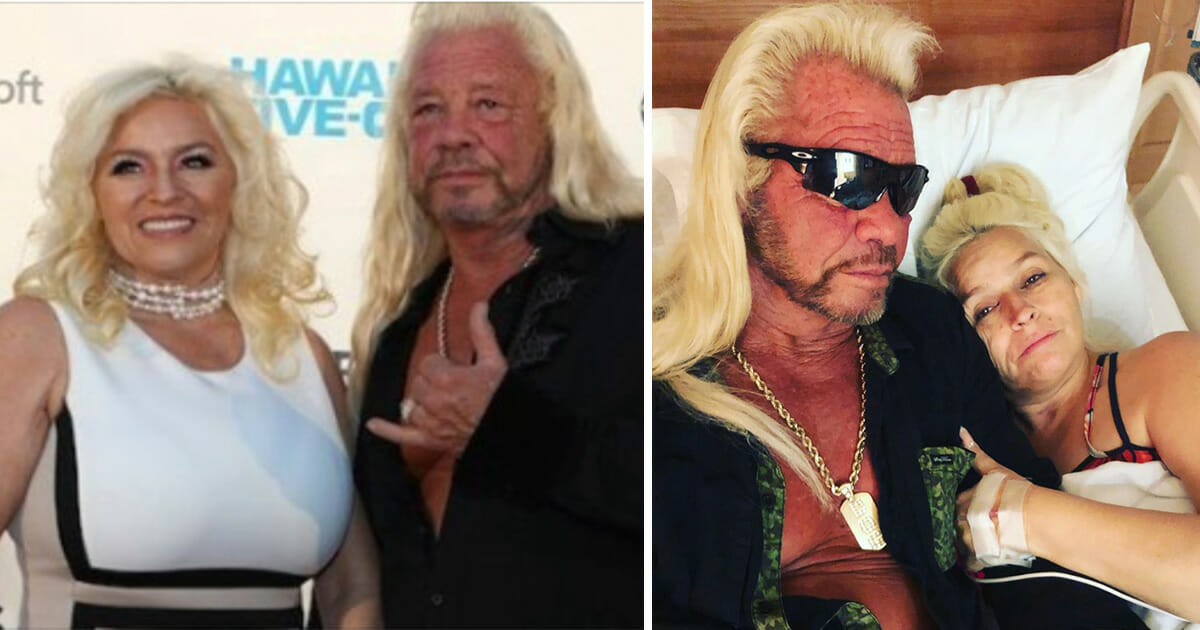 Beth Chapman, wife of Duane ‘Dog the Bounty Hunter’ Chapman, has opened up on her decision not to pursue chemotherapy in her second battle with cancer.

The 51-year-old was re-diagnosed late last year after a year in remission, and this time around her prognosis is bleaker than before. During a live-streamed speech in Florida on Sunday, however, Beth refused to point the finger of blame, instead labelling it “the ultimate test of faith”.

As per PopCulture, she explained: “I don’t go to God and go….why did I get cancer? He will roll his eyes at me, because I know why — because it’s the ultimate test of faith. It’s the evidence of things hoped for and it’s the substance of things not known.”

Addressing the subject of her personal fight against the disease – which has been termed “incurable” – Beth chose to clarify just why she turned down the option of chemotherapy this time around.

“Chemotherapy is not my bag people,” she said.

“That is not for me. For me, this is the ultimate test of faith. This is my ultimate lesson. And it’ll either be taught to you or to me.”

There can be no doubting that the diagnosis has rocked the Chapman family, but as usual Beth continues to display a resolute fighting spirit many of us could learn from.

Not only that, but her and Dog haven’t slowed down any when it comes to catching bad guys. Far from it, in fact: they have a new series impending.

This guy had my laughing all weekend what a joy to be around thank you god for blessing me with such a kind young man #mothersday @lelandbchapman thank you for coming …?

“We’ve had an amazing life. We had great fun and we are still having fun,” she said, stating she has “a lot to do” still in life.

On the subject of the odds stacked against her making things bleak, Beth confirmed her belief that “the Lord of impossible miracles” will come through.

Beth, we’re all behind you as you fight this incredible battle. We pray that you never lose your faith.