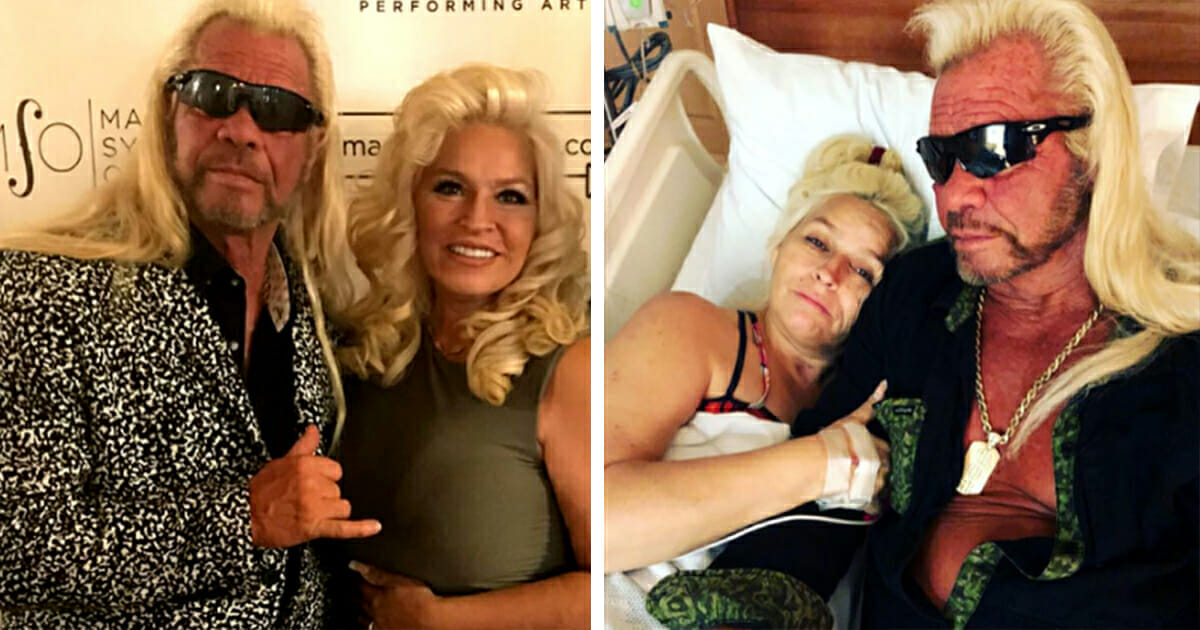 Beth Chapman and her husband Duane ‘Dog the Bounty Hunter’ Chapman have released an update following the start of Beth’s chemotherapy battle.

Late last year it was made public news that Beth’s cancer had come back, with the 51-year-old having undergone emergency surgery to remove a mass in her throat. The severity of the situation became apparent when husband Duane ‘Dog the Bounty Hunter’ Chapman then shared the news that his wife’s cancer was incurable.

Chapman told how the cancer had spread to other parts of her body, including her lungs, and fans the world over were left rocked by the bleakness of the prognosis.

However, it seems Beth is refusing to give up without a fight …

“They are going well, but they certainly take their toll on Beth,” he said about the treatments, as per reports.

“She’s a trooper though and a very tough lady.”

What’s more, Brettler said that despite the difficulties the family are enduring, Beth and Dog have started filming their new TV series Dog’s Most Wanted.

“The Chapmans certainly have a lot on their plate,” said Brettler.

According to TMZ, a source close to the family confirmed that Beth had been responding well to the chemo so far. The family had previously told E! News that Beth had a 50/50 chance of the therapy working.

All our thoughts and prayers go out to Beth and her family as they fly their flag and fight their battle.

Share this article to show you’re in Beth’s corner!