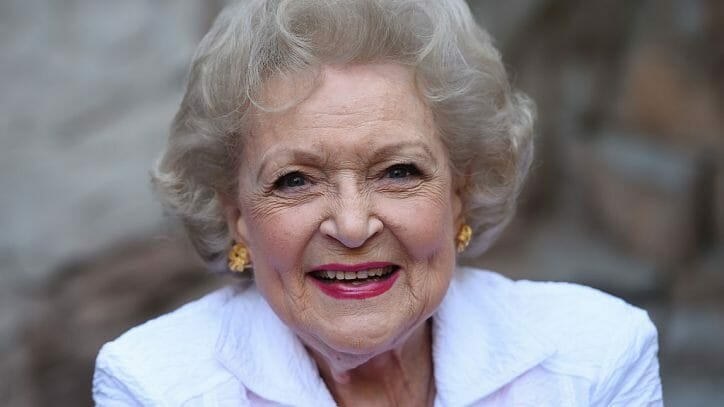 Betty White may be 98 years old, but she has absolutely no plans to slow down.

The veteran actress recently made headlines for the fact that she’s set to appear in a Christmas movie on Lifetime later this year. Well, White herself has also now moved to reassure fans that she is “blessed with incredibly good health”.

Speaking to Closer Weekly, she was in good spirits despite the ongoing coronavirus pandemic.

“I’m blessed with incredibly good health,” the 98-year-old told the outlet. “That’s something you appreciate a lot.”

Close friend Tom Sullivan told Closer Weekly that White, one of America’s sweethearts, has a routine everyday established to keep her mind in good condition.

“She reads the L.A. Times cover to cover,” he said. “She owns literally thousands of crossword puzzle books and is constantly doing them to keep her mind jumping. This is really serious with her.”

“She’s tried Zooming her Scrabble game with her friends, but it’s not quite the same,” another friend added, while going on to reveal that COVID-19 has changed the way the former ‘Golden Girls‘ actress thinks.

“Betty’s message to the world is to slow down and enjoy what you have: family, friends, your pets,” said the source. “She said that the pandemic is serious, but we have come through worse. It’s Mother Nature’s way of telling us all to slow down.”

As for retiring? White herself has absolutely no plans for throwing in the towel purely because she’s older than most.

“I just love to work, so I’ll keep working until they stop asking,” she revealed.

Wow! Betty White never fails to amaze me. What an inspiring actress and a truly incredible role model.

Share this article to say thank you to Betty White for all her wonderful work!