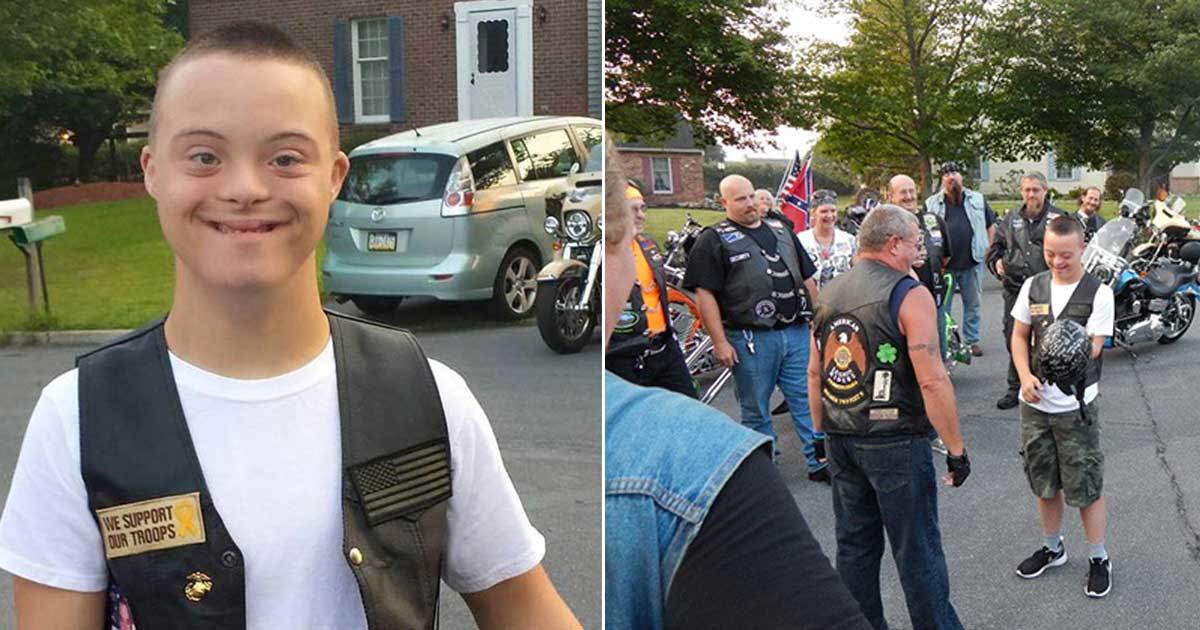 For students, the end of August can only mean one thing: time to go back to school. But what should be something to look forward to causes anxiety for some kids—because they know the harsh reality that waits for them on the first day of classes: bullying.

Tragically, it’s not uncommon for children and teens with special needs to be victims of that terrible behavior. And for that reason, Sean Maehrer’s mother was concerned when her son, who has Down syndrome, was about to start high school.

This is Sean Maehrer, a happy teen from Allentown, Pennsylvania who started high school back in September 2015. Because Sean has Down syndrome, his mother was worried—would he be bullied by his new classmates simply for being different?

His family shared their concern on Facebook and their post quickly reached a local motorcycle club. When its members saw it, they immediately decided to help Sean.

The first day of school came, and soon there was a knock on the Maehrer family’s front door. And out on the street was a long line of motorcycles—and dozens of bikers who wanted to support their new buddy and escort him to school.

The bikers thought that if Sean’s classmates saw him with the motorcycle club, they wouldn’t bully him and instead might see how cool he really is.

The ride to school was a highlight in Sean’s young life.

Sean’s family will never forget his first day of high school—the day when he made some friends for life. And even today, the bikers check in on Sean at school to make sure he’s okay and not getting teased.

They might seem tough on the outside, but deep down, bikers often have hearts of gold. And these particular good Samaritans have proven once again that you shouldn’t judge a book by its cover! Please share this heartwarming story with your friends on Facebook!