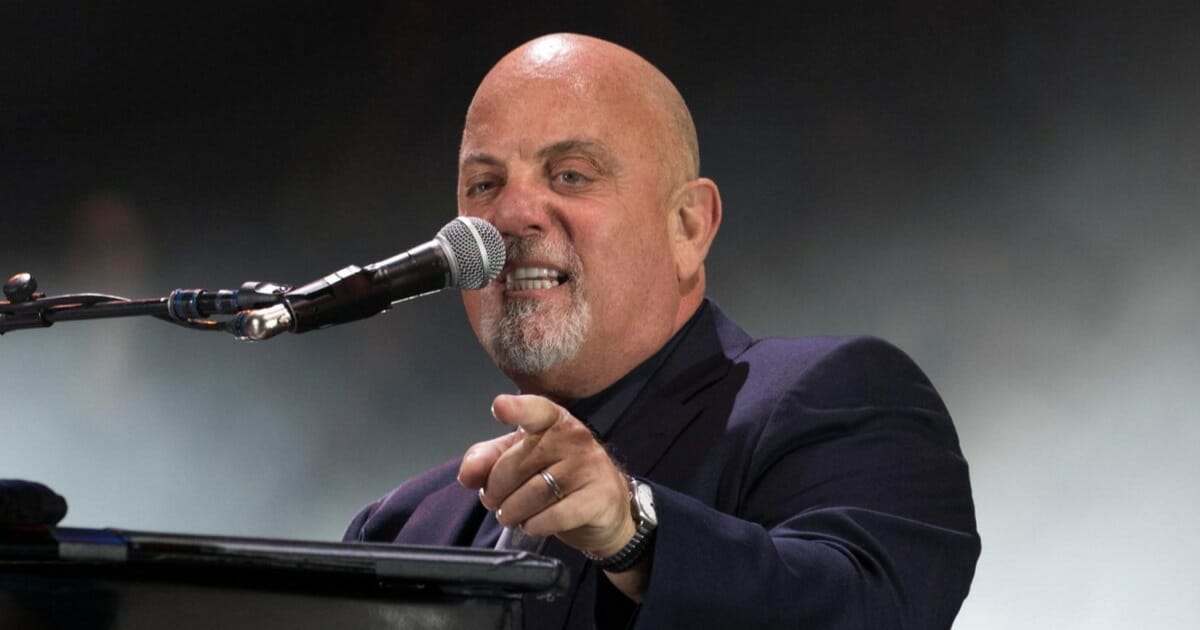 It’s no secret that Billy Joel’s name is synonymous with music. After all, how could it not be after a fantastic musical career spanning decades?

Now in his 60s, his exceptional talent continues to be celebrated by fans the world over, many of whom flock to concerts to hear his voice live.

It goes without saying that most of them like to get as close to the stage as possible, though Joel retains one strict rule that prevents any front row spectators. Why? Well, he actually has a very good reason…

As is the case with most famous musicians, Billy Joel’s concerts always attract plenty of attention. Tickets are commonly at a premium when his dates are scheduled, but Joel maintains one rule that not a single fan can break.

Absolutely no one, I repeat, no one, can obtain a front row ticket to one of his shows. Ever.

Speaking in an interview with Billboard, Joel explained just why he’s banned the sale of front row tickets. It’s actually quite refreshing.

“We never sell front rows. We hold those tickets at just about every concert,” he said. “For years, the scalpers got the tickets and would scalp the front row for ridiculous amounts of money. Our tickets are cheap, under $100, some in the $80s, the highest is about $150.”

Apparently, it enraged the musician to know that his fans were being kept from enjoying his shows at a price he thought was fair, because scalpers were putting the tickets out of the price range of most people. What’s more, scammers were using Joel himself to make money off of hard-working people.

“I’d look down and see rich people sitting there, I call ’em ‘gold chainers.’ Sitting there puffing on a cigar, ‘entertain me, piano man.’ They don’t stand up, make noise, sit there with their bouffant haired girlfriend lookin’ like a big shot. I kinda got sick of that, who the (heck) are these people, where are the real fans?” he continued.

58 sold-out shows! The greatest arena run of all time continues! @billyjoel adds an unprecedented 59th consecutive show as part of his record-breaking residency at The Garden on December 19, 2018! @Citibank cardmembers can access exclusive presale tickets for the December 19th show starting Monday, April 30 at 10AM via www.citiprivatepass.com with tickets going on sale to the general public on May 4 at 10AM via @ticketmaster! For more info, go to BillyJoelMSG.com! #BillyJoelMSG

So, Joel decided to do something about it. He figured the real fans were always at the back of the concert venues, in the cheapest – and therefore ‘worst’ – seats.

“We now hold those tickets, and I send my road crew out to the back of the room when the audience comes in and they get people from the worst seats and bring ’em in to the front rows.”

Somewhat unsurprisingly, fans are well behind his tactic, and Billy Joel himself believes it’s given his shows a new sort of energy.

“They make the most noise, they’re the most enthusiastic,” he said.

It’s a bold move from Billy Joel, but ultimately one that’s fairer all round and sticks one to the scammers.

Are you a fan of Billy Joel? Do you think he’s doing the right thing? SHARE this story if so!