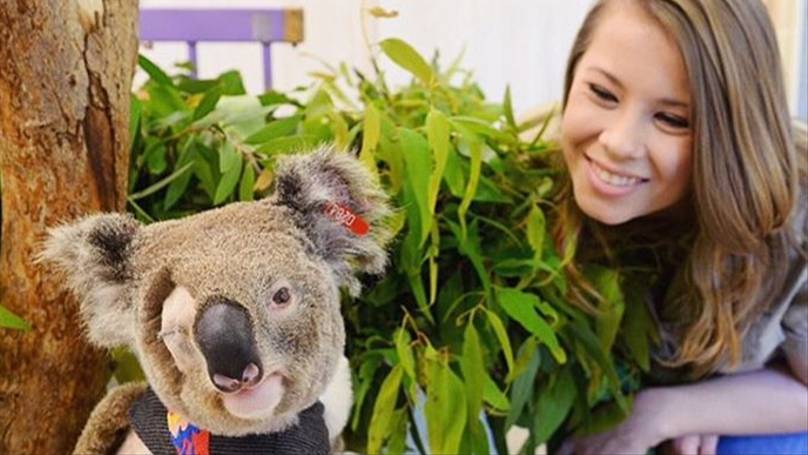 When Steve Irwin passed away back in 2006, the world lost one of its genuine lights.

Even so, he would undoubtedly be proud of the legacy he has left behind, not just with regards to the awareness he was able to raise regarding animals and how they should be treated, but also through his two children, Bindi and Robert.

Not only are the pair set on continuing their late father’s good work, but both have a genuine, deep-rooted love for animals.

Which is why it should come as little surprise that Bindi, who is soon to be married, is planning on walking down the aisle on her big day accompanied by … a koala bear.

That’s right, forget having a dog or cat to carry the rings, Bindi Irwin has confirmed a koala will be with her as she walks to tie the knot with childhood sweetheart Chandler Powell.

The couple are to be married at a zoo owned by the family. They explained on Good Morning America that there will be cameo appearances from a number of animals.

“We’re so excited. It’s where we met and where we got engaged so it only makes sense that we’d have it at Australia Zoo,” she said.

“See, I think this wedding is going to be unique because it’s going to be at the zoo and with tons of animals.”

Thanks for being such a great brother and friend. You always remind me to look on the bright side of life. Love you, @robertirwinphotography!

Bindi admitted that taking a koala down the aisle is sure to set some new trend.

The 21-year-old will also have brother Robert by her side as she walks down the aisle, in place of her much-loved and missed father.

Anyone who loves animals will undoubtedly miss Steve Irwin and the work he did. It warms my heart, though, to see his children walking in his footsteps.

Share this article on Facebook if you miss Steve, and to wish Bindi a happy wedding day!