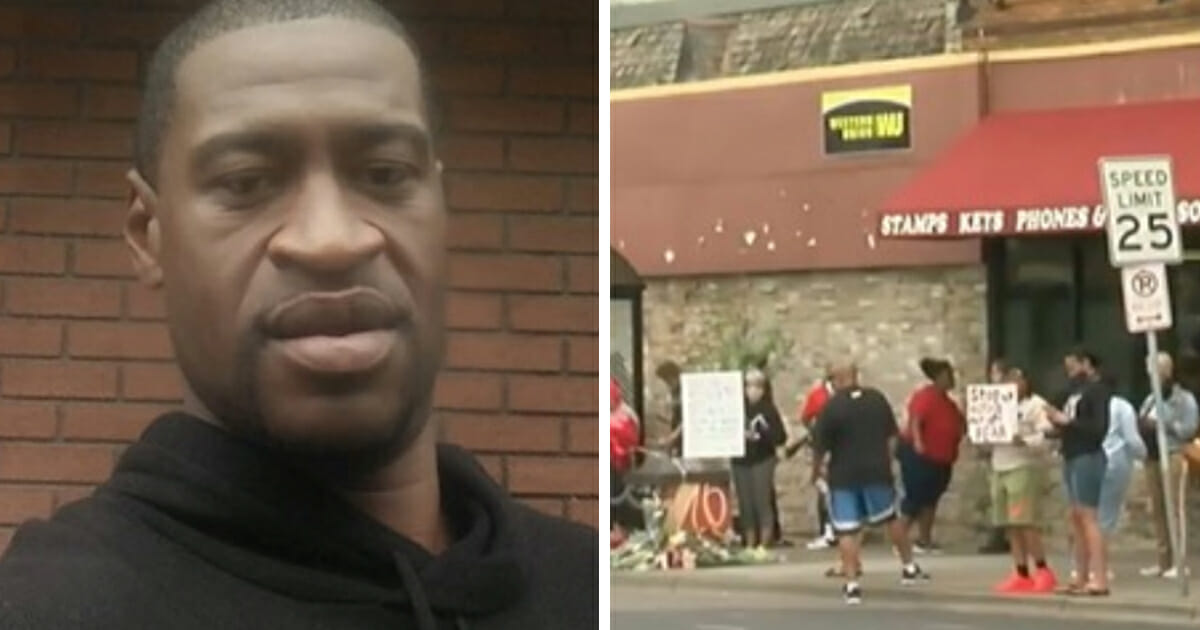 The power to protect people with force and bring to justice those who break the law bears a truly great responsibility.

For the most part, the police officers who patrol our streets are brave, kind-hearted people who want the best for us and society.

Some, sadly, are not. Recent video footage has emerged showing a white officer in Minneapolis kneeling on a black man’s neck during an arrest, even as the man pleads that he cannot breathe.

The idea that there are those in positions of power who target people of color is nothing new, and in recent years we’ve seen a rise in citizens trying to highlight the injustices taking place every day.

Yet it’s still shocking to see a video like this one. The man in question, George Floyd, was known as “Big Floyd” among friends and family, and was unarmed at the time of his arrest.

Nevertheless, the video, filmed by a bystander, shows him pleading with the officer that he can’t breathe. George had reportedly resisted arrest initially, but in the video he is not struggling.

Yet the officer has his knee pushed down on George’s neck, depriving him of oxygen. As per reports, this position was maintained for about seven minutes, even though George was in handcuffs and posed no threat.

TMZ say the ordeal started when police responded to a “forgery in progress”. George resisted arrest in the beginning, but the notes of the incident claim that he seemed to be “suffering medical distress” after being handcuffed.

From there, things only got worse. George told the officer kneeling on his neck that he couldn’t breathe, but he was ignored. George soon lost consciousness, and an ambulance was called to the scene. By the time he reached the hospital, however, he had died.

The woman who filmed the video was Darnella Frazier, who says she turned her camera on the second George said he was having trouble breathing.

“A lady that claimed to be a firefighter demanded for them to check his pulse and they completely ignored her and was very rude to her,” Darnella said to Fox 9.

“Eventually he stopped talking and went silent. That’s when he looked dead.”

Given that the incident was captured on video, there can be no excusing this or sweeping it under the carpet. The fact of the matter is that George was not resisting arrest and posed absolutely no threat to himself or to others. He was handcuffed and lying on the floor, with an officer of the law pushing his weight into his neck.

Jacob Frey, the mayor of Minneapolis, spoke about the incident with the Star Tribune: “Being black in America should not be a death sentence.

“For five minutes, we watched a white officer press his knee into a black man’s neck. Five minutes. When you hear someone calling for help, you’re supposed to help. This officer failed in the most basic, human sense.”

“We all watched the horrific death of George Floyd on video as witnesses begged the police officer to take him in the police car and get off his neck,” he said.

“This abusive, excessive, and inhumane use of force cost the life of a man who was being detained for questioning about a nonviolent charge.”

Watch the video below to see George’s arrest:

How are we failing so badly at such a simple thing as common decency? The fact that there are people out there who use their positions of power and authority to carry out injustices on others is simply unacceptable.

Rest in peace, George Floyd, we pray you’re in a better place now, resting with our Lord.

This simply has to stop. How many George Floyds need to die before we accept as a collective that we’re not doing enough?

Share this article if you stand with all the victims of police brutality, and indeed any person who has been discriminated against for the color of their skin.