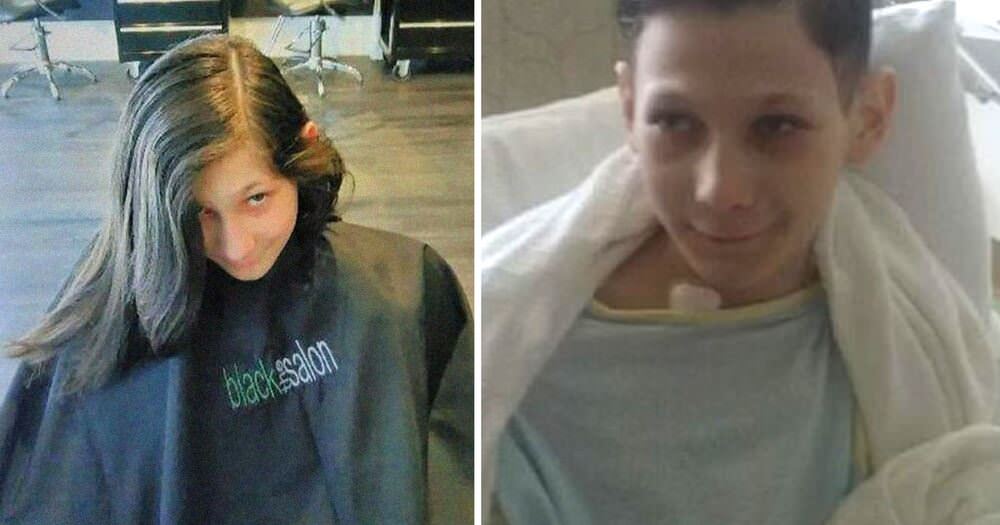 Life doesn’t always turn out like we imagined. Just ask 12-year-old Torrin Breneman. For three years, he spent all his time and effort helping sick children in a unique and selfless way — by donating his hair.

But then his life took a drastic turn, and it all began with a stubborn cough. This is one of the most powerful stories I’ve read in a long time, and I hope everything turns out well for this amazing 12-year-old.

Three years ago, Torrin made a discovery: many kids who have cancer lose their hair during their treatment.s Although the main focus of treating cancer treatment is, of course, on restoring the person to health, their appearance can greatly affect their self-esteem.

The non profit Wigs For Kids organization helps those children who have lost their hair. It takes donations of hair and makes wigs out of them, which it gives to the children affected by disease free of charge.

Torrin wanted to help, so for three years, he grew out his hair so he could donate it to the charity.

Torrin’s hair confused strangers, who sometimes mistook him for a girl, and bullies made fun of him. But Torrin continued to grow his hair until March, when it was long enough to donate.

Then six months later, Torrin suddenlycame down with a severe cough. And when it didn’t stop, he was admitted to a children’s hospital.

In September, Torrin was diagnosed with Hodgkin’s lymphoma, a cancer that settles in the lymphatic system. When people in Torrin’s neighborhood heard about what happened, they raised money to help support the family.

They also brought Torrin and his sister gifts, but they were stolen. When media reported that the presents were stolen while the family was in the hospital taking care of Torrin, the gifts were returned.

Torrin was looking forward to going to a wrestling event last week, but despite having tickets, he couldn’t go because of his health.

On October 8, Torrin’s mother, Carrie, wrote on Facebook, “Most people would be upset about being here but honestly, he is continually being monitored here, so for me it makes me feel much safer.”

Now, just hope that Torrin will recover and recover as soon as possible. Please share to pay tribute to the 12-year-old who spent three years helping children and now needs help himself!