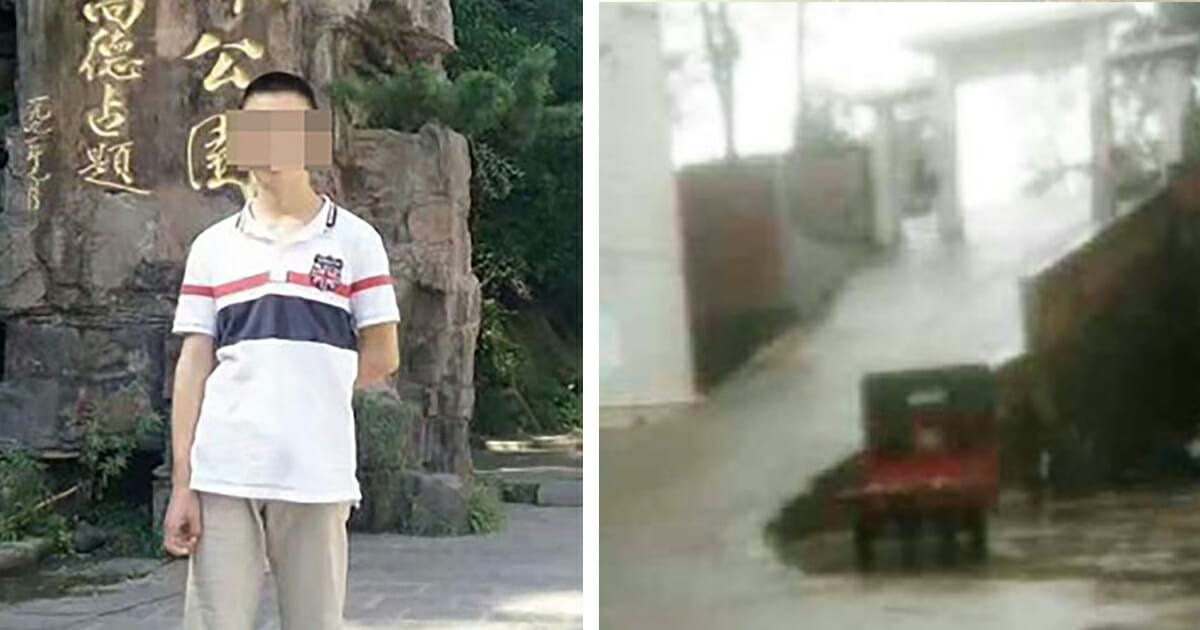 When we think of school, we like to think of a safe environment where our children can learn and grow.

Which is why the idea of a parent sending their kid to school, only to later hear that they’ve passed away, is unspeakable.

Yet that’s the reality facing the mother and father of a teenager named only as Zhang, who attended a boarding school in Xinshao County in south-eastern China’s Hunan Province.

As per the Daily Mirror, Zhang was caught chatting during a scheduled nap time one afternoon and forced to complete a punishment by way of frog jumping up a 65ft slope.

No one could have anticipated what would happen next …

Zhang and another classmate were told to frog jump up a 65ft sloped drive after being reprimanded for talking during nap time, according to reports.

Shortly after, however, Zhang collapsed, unconscious, at the top of the slope. He was quickly taken to hospital, where doctors discovered blood in his mouth, ears and nose. A short time later, they pronounced him dead.

Schoolboy dies after being forced to 'frog jump' in cruel punishment for talking https://t.co/UqEQrgkBKF pic.twitter.com/bqnPuKKW7p

An investigation is now underway as to the cause of Zhang’s death, with the school’s principal, named Xie, and three other teachers at Xinshao No 2 Middle School set to be the focus of the probe.

Police have made it clear that the teachers will face no criminal charges, as they had not made physical contact with the boy before his death. Local authorities, however, are concerned that the unusual punishment may have led to his death and so have launched their own misconduct enquiry.

As per the Mirror, a spokesman said: “The police have not filed the case, but the party committee and education bureau are investigating.”

It’s said that Xie ordered Zhang and his friend to frog jump up the slope with their hands tied behind their backs. Zhang himself has been described as being fit and strong by his family, with his subsequent death remaining a mystery.

What a tragic story … we hope the truth comes to light sooner rather than later, and that Zhang’s family are at least given some peace.

Share this story if you think all children have a right to be safe at school!