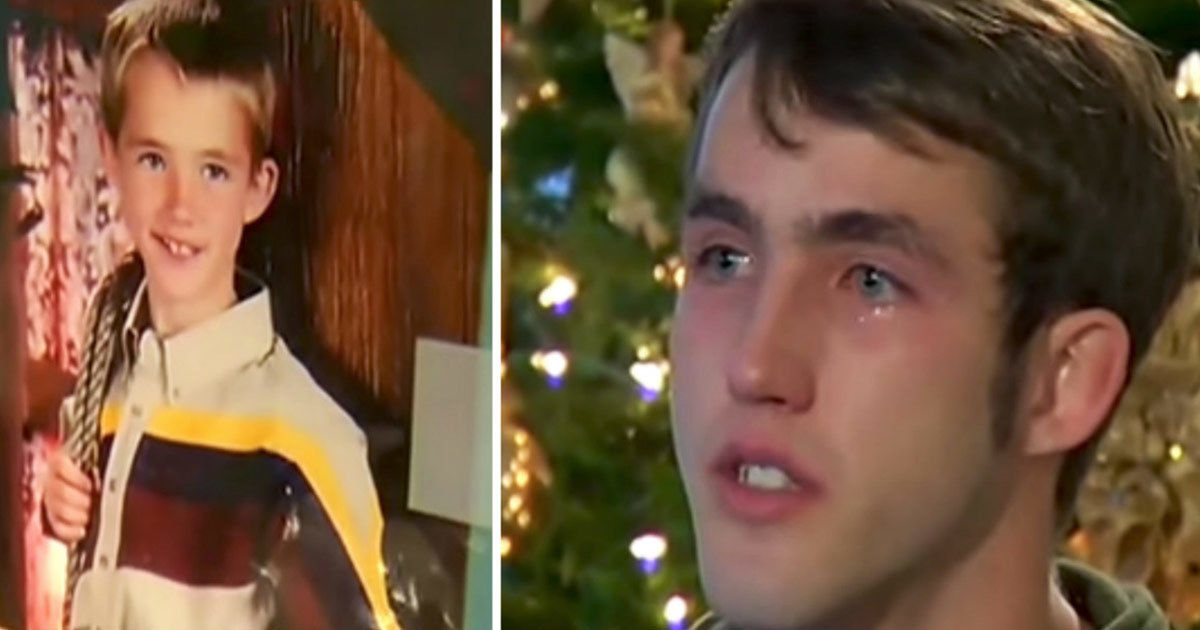 Some Christmas gifts make more of a difference than others.

That’s what 6-year-old Tyrel Wolfe was thinking when he sent a big package of gifts to a child in need somewhere in the world.

Little did he know that 10 years later, he’d receive a message from a stranger on Facebook, with a story that that would change his life forever.

Christmas is about family, celebration and gifts, but it’s also a time to spread joy and love to the rest of the world. Some do this by helping someone less fortunate than themself, like for instance donating to children in need in other parts of the world. This is exactly what Tyrel and his family do every Christmas.

Every year, Tyrel and his family would prepare a package with gifts and a picture of himself in a shoe box. They then passed the package on to their local church who would donate the gifts to families in need.

Tyrel, who was six at the time, sent one of his shoe box gifts that Christmas, which ended up in the Philippines.

The years went by and the little box he had sent as a child became nothing but distant memory.

Until one day, ten years later, he received a strange message on Facebook.

It was a message from a girl named Joana. She wrote that she was looking for someone who had sent a shoe box with toys in it 10 years earlier. Tyrel quickly realized that it was most likely him — but his parents warned him to be careful it wasn’t a scam.

But Joana described the picture that had been in the box, which was a picture of Tyrel which he vividly remembered. There was no way she wasn’t telling the truth.

Tyrel could hardly believe this was happening. The two began chatting and eventually, their conversations developed into a daily routine.

The messages became more and more personal as the two began to form a strong bond.

And when their eyes met for the first time, they knew this was no coincidence. It was an act of fate.

The 18-year-old travelled twice to Manilla to visit Joana, and he soon knew it: she was the love of his life.

He decided to ask her to marry him. Today the two love birds live together as a married couple.

Watch the below news report about this amazing love story!

What a truly remarkable and beautiful story about fate and how generosity always gets back to you — maybe even in the shape of the love of your life.

Please share this incredible story with everyone you know to warm their hearts, too!