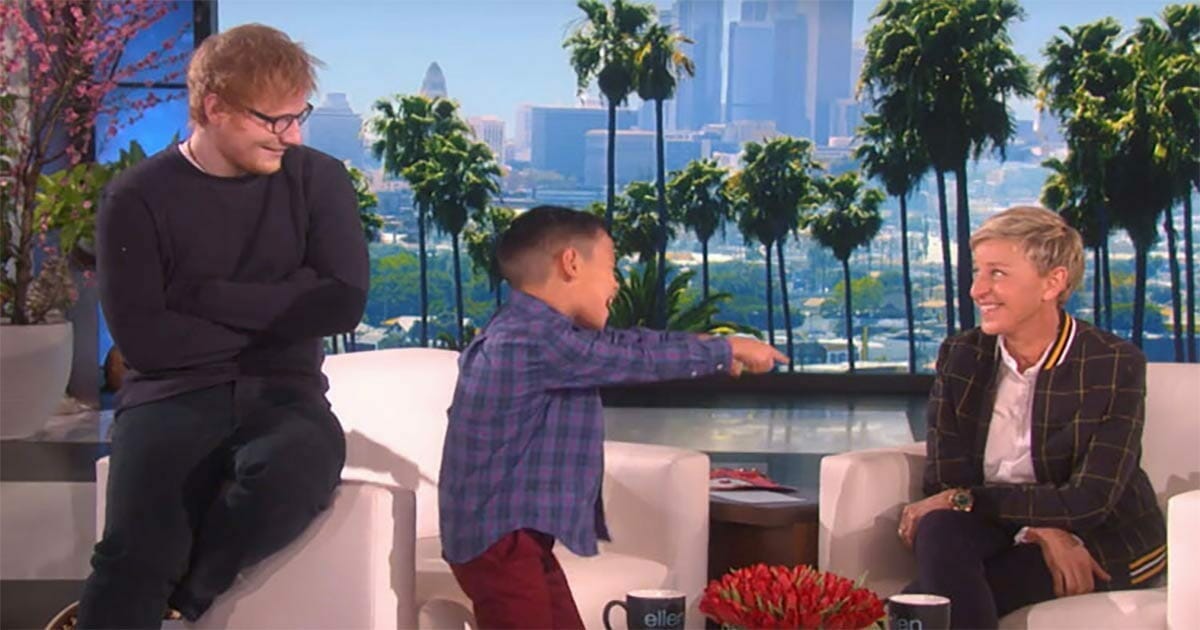 When I was young, I was completely obsessed with Elton John. I owned all of his records, had posters of him on my bedroom wall and even begged my mom for piano lessons so that I could learn to play my favorite song, “Young Song”. I managed to get the intro down, but I lacked the commitment to continue long enough to learn the rest.

All in all, what put me off the most was that I was truly afraid to perform in front of anyone. Even now, if what I’m going to do entails having an audience watch, you can bet your bottom dollar I’ll be performing with a shaking leg.

One person who clearly doesn’t suffer from the same problem is eight-year-old Kai. He’s been on the Ellen Show a number of times, and he’s carved a niche for himself as a genuine audience favorite.

Now, Kai loves to sing. Not only that, but when he does he packs a real punch.

On this particular occasion, Kai brought a love letter into the studio for his visit to Ellen. Of course, it wasn’t the boy’s first time on national television (he’s been on Ellen several times), but he sure knows how to win the crowd.

The first time he was on Ellen’s show, be performed the Katy Perry smash-hit “Roar”. This time, he wanted to showcase a rendition of Ed Sheeran’s “Thinking Out Loud”.

When his time comes, Kai closes his eyes and lets the song take over.

So much so, in fact, that he was completely oblivious to something Ellen had prepared for him.

While Kai is singing, Ed Sheeran himself has snuck onto the stage and is stood right behind Kai’s back.

Just take a look at the video below to see Kai’s reaction to being surprised by Ed. Truly magical …