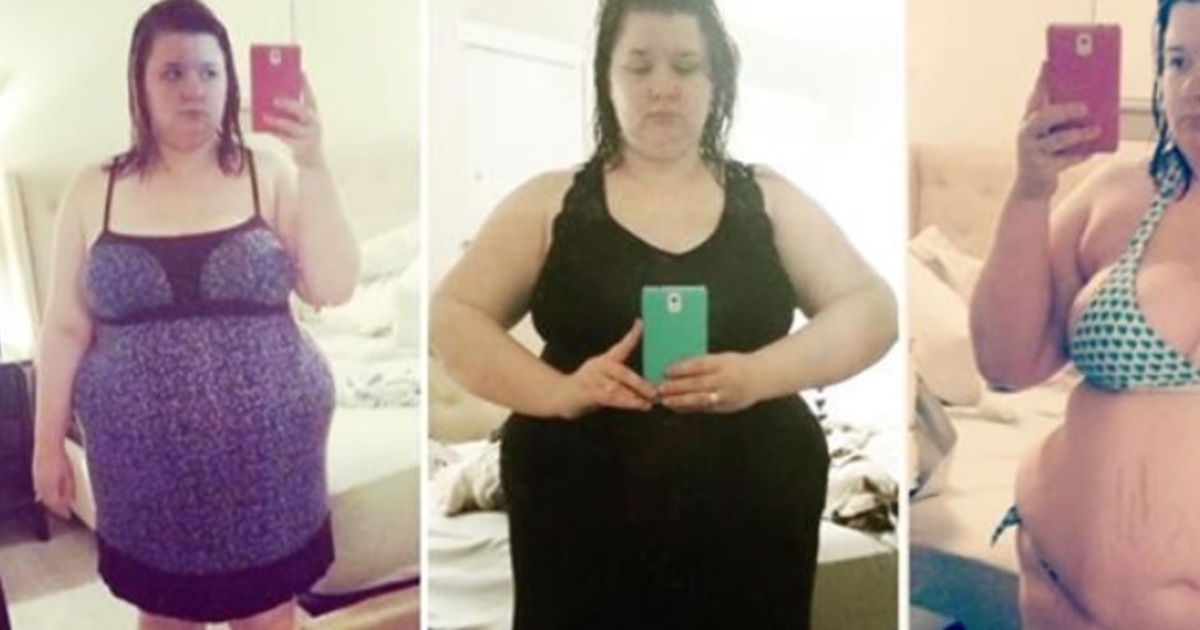 Women’s bodies are a controversial topic. Every day, we’re inundated with pictures of “perfect” bodies in the media and advertising. But now with social media, the media isn’t the only story out there.

More and more women are posting about body positivity online and giving a more honest picture of what we actually look like. I think it’s a postitive step forward and it helps us know that it’s okay to look the way we do, be it thick or thin.

Twenty-eight-year-old Christine Carter struggled with her weight for a long time and finally decided to start exercising and living healthier. But she wasn’t prepared for her boyfriend’s reaction.

Christine had long struggled with obesity. Then, when she hit 275 (125 kg), she decided to lose weight. She started by exercising and eating better, and she also got gastric surgery.

Slowly, Christine started losing weight and felt better every day. But her boyfriend wasn’t happy about it.

Instead of supporting her, Christine’s boyfriend got jealous. He wanted her to stop trying to lose weight and couldn’t bear seeing her getting slim. At the same time, he bullied her for her weight and told her that she looked like a hippo.

So Christine made an important decision — and dumped him.

Christine managed to lose 150 lbs (70 kg) in 16 months and she also had an operation to remove her excess skin. Afterward, she could hardly recognize herself.

This story isn’t just about weight loss and health. It’s also about having the right to look the way you want and being able to make decisions about your own body. Christine did the only right thing when she left her controlling boyfriend. He was holding her back and dragging her down.

Good job, Christine! What an incredible journey you’ve gone on!

When you compare the pictures, you can see that it’s not just her body that looks different — there’s so much more joy in Christine’s eyes in the after pictures, too.