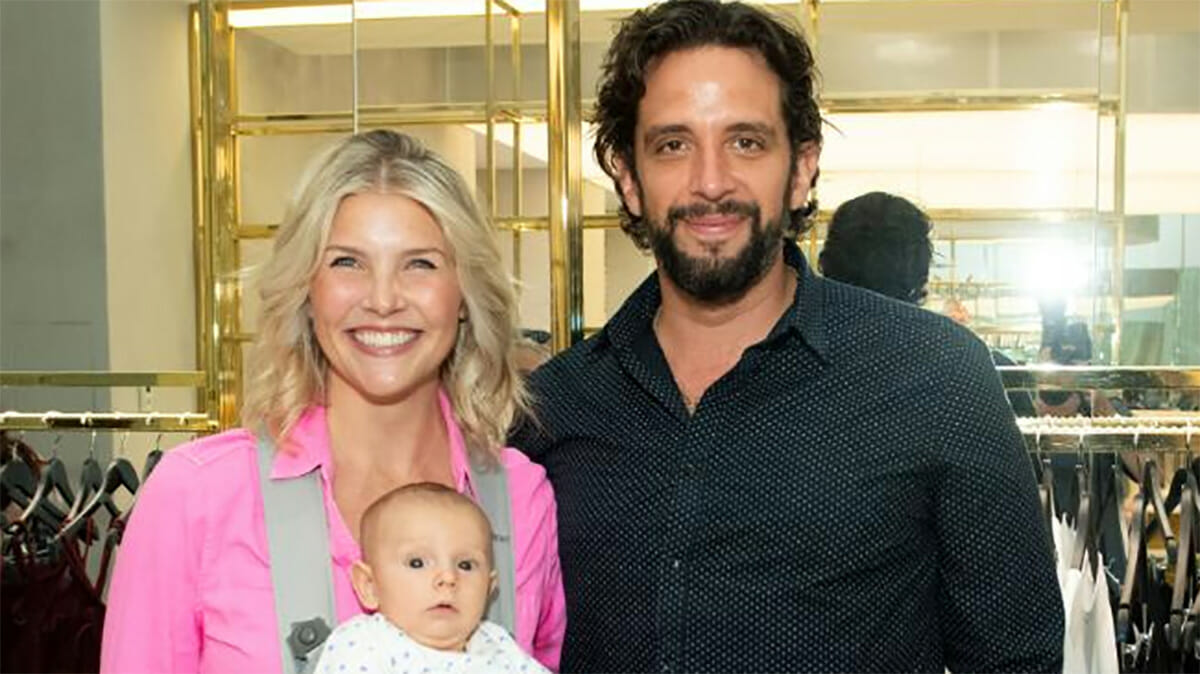 Broadway star Nick Cordero, who has battled COVID-19 and its complications for three months, has died.

The 41-year-old Tony-nominated actor who starred in Broadway hits “Bullets Over Broadway”, “Waitress”, and “A Bronx Tale” was diagnosed with COVID-19 in March.

He was put on a ventilator and remained in hospital for over 90 days during which his wife, fitness trainer Amanda Kloots, said she was told her husband wouldn’t make it four times.

But Kloots said her husband continued to fight and would probably need a lung transplant if he was going to live the life she knew he wanted to live.

But on July 5 she posted an image of her husband on Instagram announcing his passing.

“God has another angel in heaven now. My darling husband passed away this morning. He was surrounded in love by his family, singing and praying as he gently left this earth,” she wrote.

Cordero was 41 years old when he died and leaves his wife and their 1-year-old son Elvis Eduardo.

As a result of the virus he had to be put on a ventilator and sustained several lung infections, required a leg amputation and had two mini strokes.

“I am in disbelief and hurting everywhere,” Kloots wrote on Instagram. “My heart is broken as I cannot imagine our lives without him. Nick was such a bright light. He was everyone’s friend, loved to listen, help and especially talk.

“He was an incredible actor and musician. He loved his family and loved being a father and husband,” she added. “Elvis and I will miss him in everything we do, everyday.”

The much-loved Canadian actor made his Broadway debut in 2012, appearing as club owner Dennis in “Rock of Ages.” He earned a Tony nomination for his work in Woody Allen’s musical, “Bullets Over Broadway.

“Getting a Tony nomination has been a gorgeous whirlwind,” Cordero told Broadway.com. “It’s been so humbling and exciting and emotional. I’ve worked for this my whole life, and I can’t believe it’s finally happening.”

Cordero woke up from his medically induced coma on May 12 just weeks after undergoing a tracheostomy procedure to help improve his breathing.

“He had no pre-existing health conditions. We do not know how he got COVID-19 but he did,” Kloots wrote in an Instagram post on May 8. “This disease does not only affect old people. This is real. A perfectly healthy 41 year old man!”

In support of Cordero’s family, a GoFundMe page was created to raise funds for his medical bills.

Our hearts go out to his family. Rest in peace.

Such a tragedy and a huge loss. This virus should be taken seriously and his death should not be in vain, we must do all we can to stay safe. Please share.