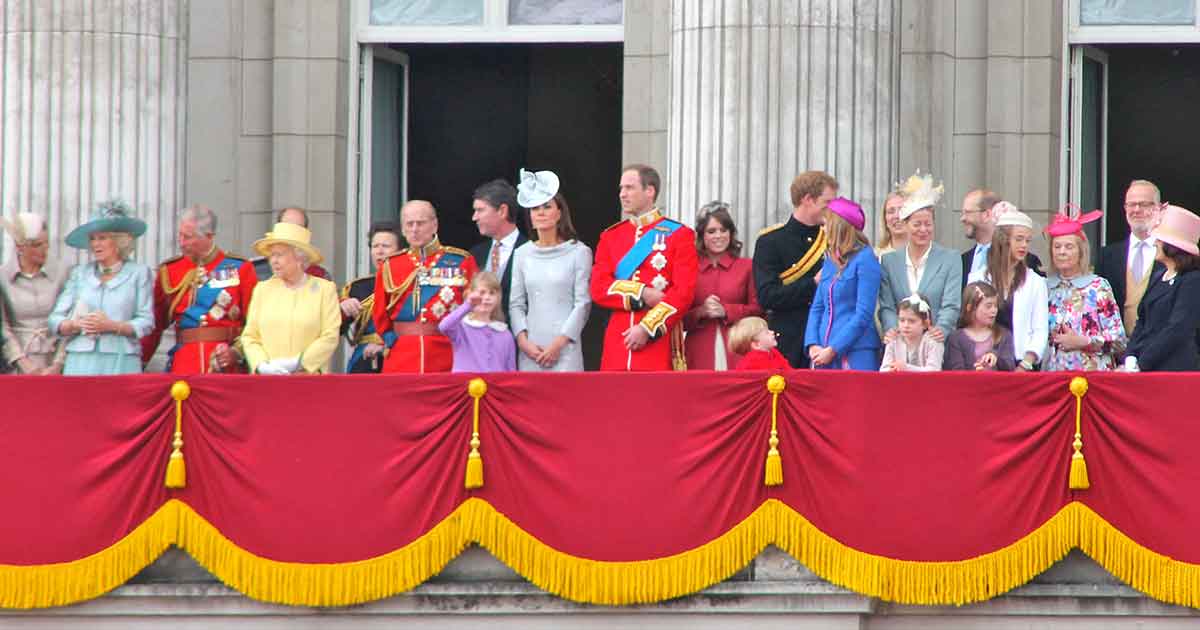 It’s been a hectic year, full of love, for the British royal family.

First, little Prince Louis – the third child in the union between Prince William and Kate Middleton – was born in late April.

Then, in the summer, it was time for Prince William’s little brother, Prince Harry, to tie the knot with Meghan Markle. That particular event was a fairytale spectacle witnessed by an estimated television audience of some two billion people around the world, being broadcast live from St. George’s Chapel, Windsor.

Now, it’s with great pleasure that we can reveal some more pleasing news …

Lady Gabriella Windsor is now engaged to be married to Thomas Kingston. The couple, whilst not usually in the searing spotlight accompanied with the royal family, could be seen on the balcony below, alongside the likes of Prince William, Kate Middleton, Prince Charles and even Queen Elizabeth herself.

As per the Daily Mail, Buckingham Palace released the following statement:

“Prince and Princess Michael of Kent are delighted to announce the engagement of their daughter Lady Gabriella Windsor to Mr Thomas Kingston.

“The engagement took place in August; Mr Kingston proposed on the Isle of Sark (Guernsey).”

Lady Gabriella Windsor, at the Jerudong Trophy, held at the Cirencester Park Polo Club in Gloucestershire. 26 June 2016 . . About Lady Gabriella Windsor; . ◼ Lady Gabriella "Ella" Windsor; born 23 April 1981) is an English freelance feature writer, and the only daughter of Prince Michael of Kent and his wife, née Baroness Marie-Christine von Reibnitz. . ◼ Her paternal great-grandparents were King George V and Queen Mary. She is 49th in the line of succession to the British throne. Her maternal grandparents are Baron Günther Hubertus von Reibnitz and Countess Maria Anna Szapáry of Muraszombath and Szapár. . ◼ Gabriella was born at St Mary's Hospital in Paddington, London, England and has an older brother, Lord Frederick Windsor, born on 6 April 1979 in the same hospital. Her father is a cousin of Queen Elizabeth II and so Gabriella is a first cousin once removed of the Queen. She is also related to Prince Philip, Duke of Edinburgh, since he and her paternal grandmother, Princess Marina, Duchess of Kent, were first cousins. That is, Gabriella and Prince Philip are first cousins, twice removed. . ◼ Prince Michael's marriage to a Roman Catholic debarred him from succession to the British Throne under the provisions of the Act of Settlement 1701. This was reversed by the Succession to the Crown Act 2013, which removed the disqualification of those who marry Roman Catholics. Gabriella (like her brother Frederick) was brought up in the Church of England and consequently retains her place in the line of succession. . ◼ Gabriella was educated at Downe House School in Cold Ash, Berkshire. In May 2004, Gabriella graduated from Brown University in Providence, Rhode Island, with a BA degree in Comparative Literature. In 2012, she obtained an MPhil degree in Social Anthropology from Linacre College, Oxford. She is dating Tom Kingston. . . . ##LadyGabriella #LadyGabriellawindsor #royalty #HouseofWindsor #RoyalFamily #Britishmonarchy

The wedding has been pencilled in for late spring next year (2019).

Gabriella’s father, Prince Michael of Kent, is cousin to Queen Elizabeth II and her mother is Princess Marie Christine.