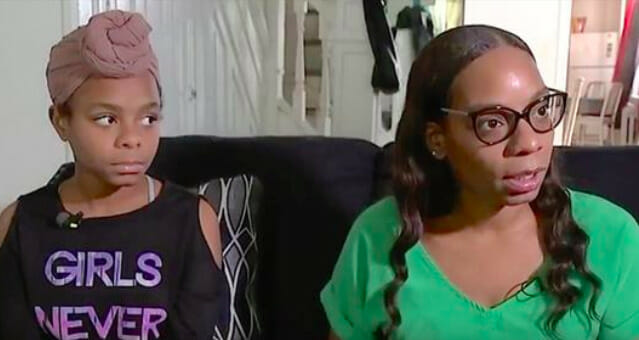 There’s a good reason bullying is increasingly capturing the attention of caretakers, parents and educators everywhere. Campaigns to put an end to bullying are more and more commonplace, with masses of good-intentioned individuals keen on making this awful practice stop — once and for all.

Unfortunately, there’s still a way to go. Bullying continues to plague schools and the online world is known to exacerbate the situation. All cases of bullying are reason for concern — but some, like the one in this story, are more terrifying than others.

13-year-old Nevaeh Robinson is your regular, outgoing teenage girl. But one day, as the 8th grader waited for her bus after leaving Samuel Gompers School in Philadelphia, the unthinkable happened.

The teen was brutally attacked by a fellow 8th grader, leaving her fearing for her life.

The male classmate simply walked over to her with a lighter, brought it to her head and proceeded to light her hair on fire. Naturally, this was most terrifying for Nevaeh, but even so, the most shocking part of this story is perhaps that other students simply stood around, watched, and laughed as the incident unfolded before their eyes.

“I thought I was going to die,” the teen said.

Thankfully, her sister, brother and a friend were nearby and came to her rescue, helping put out the flames as quickly as possible.

Despite their efforts, the damage was done: the teen’s hair burned right through and she sustained first-degree burns on her head. Her hairline now has several bald patches and she is forced to wear a scarf due to the dreadful attack.

When the teen’s mom, Tanya Robinson, discovered what had happened to her daughter she was in complete shock. According to Tanya, Nevaeh had never been bullied before.

The mom is now demanding that the attacker be immediately expelled from the school.

Most shocking of all, doctors have said that the attack could have been fatal — leaving the family, school and whole community further shocked by the brutality of this act — but relieved that Nevaeh is at least around to both physically and psychologically recover.

Watch a report of the shocking story below:

This is one of the worst cases of bullying I have ever come across and it is simply dreadful! We must do everything in our power to make sure this kind of situation never happens again, and the boy who did this to Nevaeh must swiftly and severely punished for his actions. Please share to spread awareness about the dangers of bullying and to show your support for Nevaeh at this time.