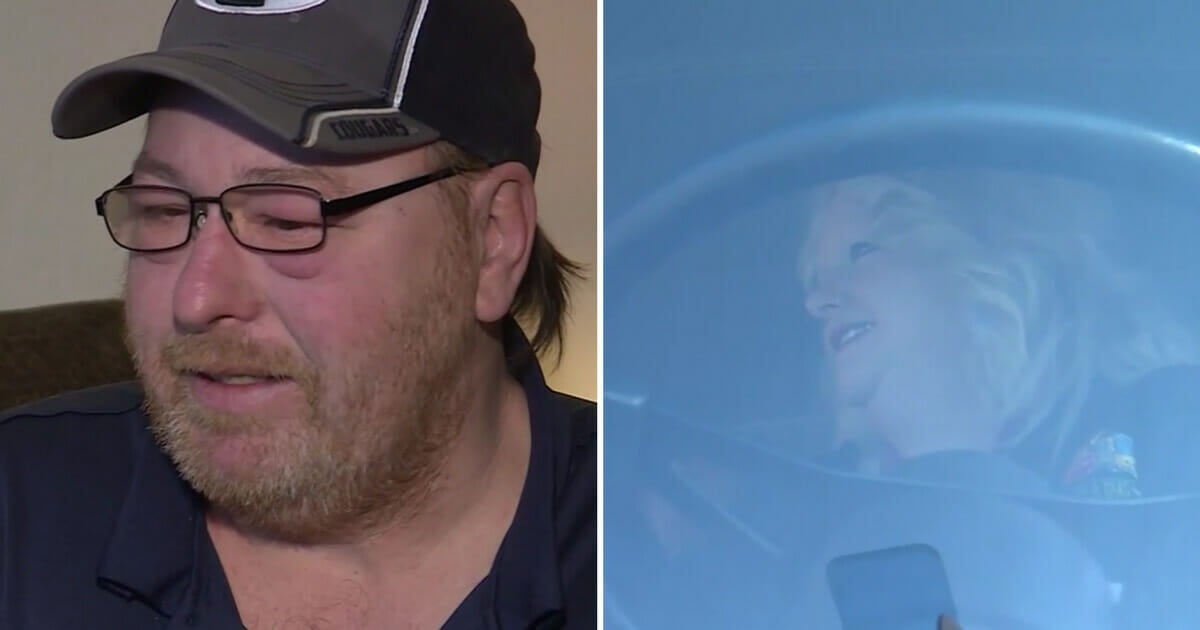 There’s a special bond between mothers and their daughters – one that only they can truly understand.

There can simply be no substitute when it comes to paving the way for a young girl to become a woman; it’s a task that borrows its building materials from the very simplest of every day routines.

Take a mother getting her daughter ready for school, for example, or maybe doing her hair? It’s small rituals like those that dads – well, men in general, really – can sometimes be ill-equipped for.

Why? Because often they don’t have any experience in them.

Without that intuitive female expertise, it can be difficult for girls to learn to style themselves. Sadly, that was exactly the case with 11-year-old Isabella Pieri after her mother died two years ago. With his wife having succumbed to a rare illness, Isabella’s father, Phillip, found himself occupying the roles of both mom and dad.

With very little time to fit around his work, Phillip had to teach Isabella to be an independent young girl who knew how to take care of herself. Of course, that can only serve so far …

Despite doing all he could – and in the process raising a girl who was well equipped to deal with most things – Phillip had no idea what to do with his daughter’s hair.

He told KSL: “I originally just gave her a crew cut because I didn’t know how, and it was all tangled and I couldn’t get it out for anything.”

Once her hair grew back, Isabella began to wear it in a ponytail.

Then, one day, she noticed her bus driver, Tracey Dean, fixing one of her classmate’s braids.

She decided she would approach Tracey and ask if she could do the same with her hair.

“I can tell she was struggling with her hair,” Dean told ABC News. “We usually do two French braids first and once in a while she just wants one braid. I also taught her how to brush her hair. “She’d get on the bus and she’d say, ‘I brushed my hair. Does it look good? I’ll say, ‘You did awesome.'”

Dean is a mom to four children herself – one of her kids is close to Isabelle’s age. And braiding the little girl’s hair every morning wasn’t a big deal for the bus driver.

“It’s just the way my mom raised me, to be nice to everyone—people who need a little love in their life,” said Dean, adding, “I like to give all of the kids a chance—even the naughty kids.”

Tracey was more than happy to help; she feels as though she needs to be there for the children in her profession.

“You can’t be shy, you’ve got to talk to them,” Tracey told KSL. “You treat them like your own kids, you know.”

“It makes me feel like she’s a mom pretty much to me,” Isabella said. “And it makes me excited for the next day to see what she does.”

You can watch the news report on Isabella’s story below:

For her part, Tracey is happy to help Isabella. She recalls a time when she, too, worried over how her children would get by if she was to suddenly leave them.

“Seven years ago, I found out I had breast cancer, and that’s one of the things that went through my head — who is going to take care of my little ones? Not that my husband couldn’t do it, but you know, that’s what mom’s do. They do their kids’ hair.”

What a woman Tracey is, and what a strong little girl Isabella has turned out to be in the face of adversity. Remember, small acts of kindness can go further than you think!

Share this story to brighten someone else’s day if it brought a smile to your face.