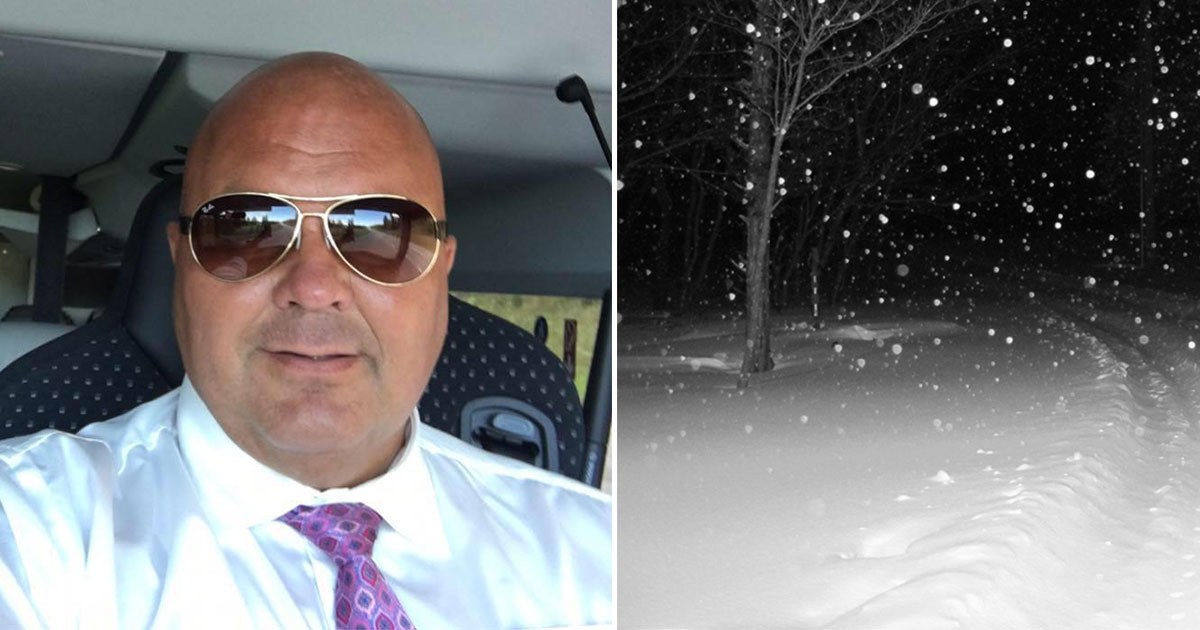 Have you ever unexpectedly come across an unconscious stranger? I’m not sure how I’d react, but I know it would be important to take action immediately, because you never know—it could be a matter of life and death.

When a Swedish bus driver named Ari Kimari came across something unusual on his bus route, he wasn’t about to take any chances. And it turned out that Ari’s instincts ended up saving someone’s life.

Ari Kimari had just pulled his bus out of the parking garage on Tuesday morning when he saw something out of the ordinary. The ground was covered with snow and Ari noticed something dark lying beside the road. As he passed the strange object, Ari thought he saw the object move, so he drove back around the block to take another look.

“It was a middle-aged man. He was dressed in thin pants, a thin shirt, a thin jacket, and shoes but no socks,” the bus driver told Swedish newspaper Falköpings Tidning.

Ari realized that the man would probably freeze to death if he stayed there, so he quickly got the man onto the warm bus.

He was short on time and thought emergency services would take too long, so he drove the man to the warm waiting area of the main bus station.

Ari then went back to his bus route and returned to the station a couple hours later. The man was still in the station but had been joined by a person who said that he knew him and would help him.

Ari told Falköpings Tidning, “Who do you turn to when a situation like that arises? I solved it my way and made sure I got him in from the cold. Obviously, I wanted to do more for him, but that said, I didn’t know who to contact.”

It’s understandable that Ari didn’t know what do, but he if didn’t stop, no one else might have noticed the man in the snow.

The world needs more people like Ari to intervene when they see people in need. Share if you agree!