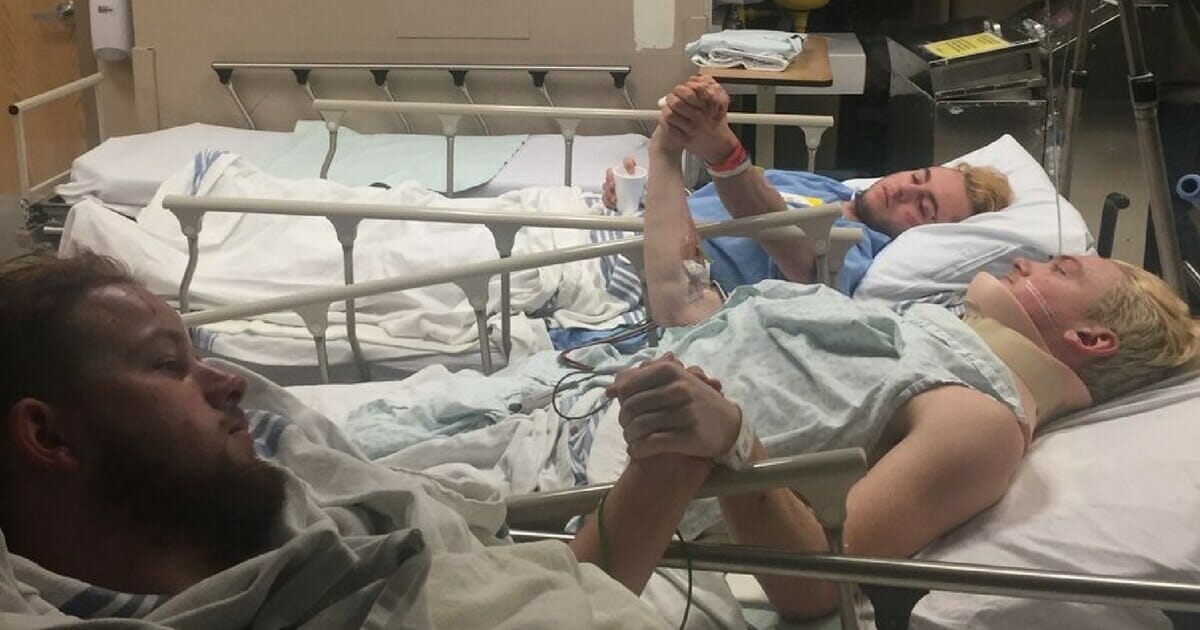 The world of sport was united in prayer this weekend after a terrible accident involving a bus carrying a Canadian junior hockey team.

According to The Globe and Mail, 15 people were killed and 14 others injured in the accident that occurred at around 5pm in Saskatchewan. A truck collided with a bus carrying players and coaches from the Humboldt Broncos.

Amongst the latter were Derek Patter, Greyson Cameron and Nick Shumlanski, who have now gone viral after a particularly tear-jerking photo from hospital …

The three young men, all forwards for Humboldt, were recovering in hospital on Saturday morning, when Patter’s father, R.J, captured a photo that speaks louder than words ever could.

There’s a certain unity you acquire in a sports team; a bond that goes further than the field of play and connects teammates together in a way few other things can.

Anyone looking for evidence of that need go no further than R.J’s photo, which quickly went viral on Twitter after he uploaded it.

Derek Grayson and Nick bonding and healing in hospital pic.twitter.com/DzesIoT27B

Of the pic, R.J wrote: “Derek Grayson and Nick bonding and healing in hospital.”

Hundreds of people around the world then shared the image, with messages of support and prayer flooding in.

The shockwaves from the accident have been far-reaching, with Canadian president Justin Trudeau opting to comment on the matter as well.

I cannot imagine what these parents are going through, and my heart goes out to everyone affected by this terrible tragedy, in the Humboldt community and beyond. https://t.co/2cIn2CTy08

Since the incident, a GoFundMe page has been set up for the members of the Humboldt Broncos and their families. As of today – Monday, April 9 – it has raised $4.6 million.

There are no words to adequately console the families of those lost in this terrible accident. Our thoughts and prayers go out to all involved.

Share this article to show your support for those who are continuing to fight in hospital!