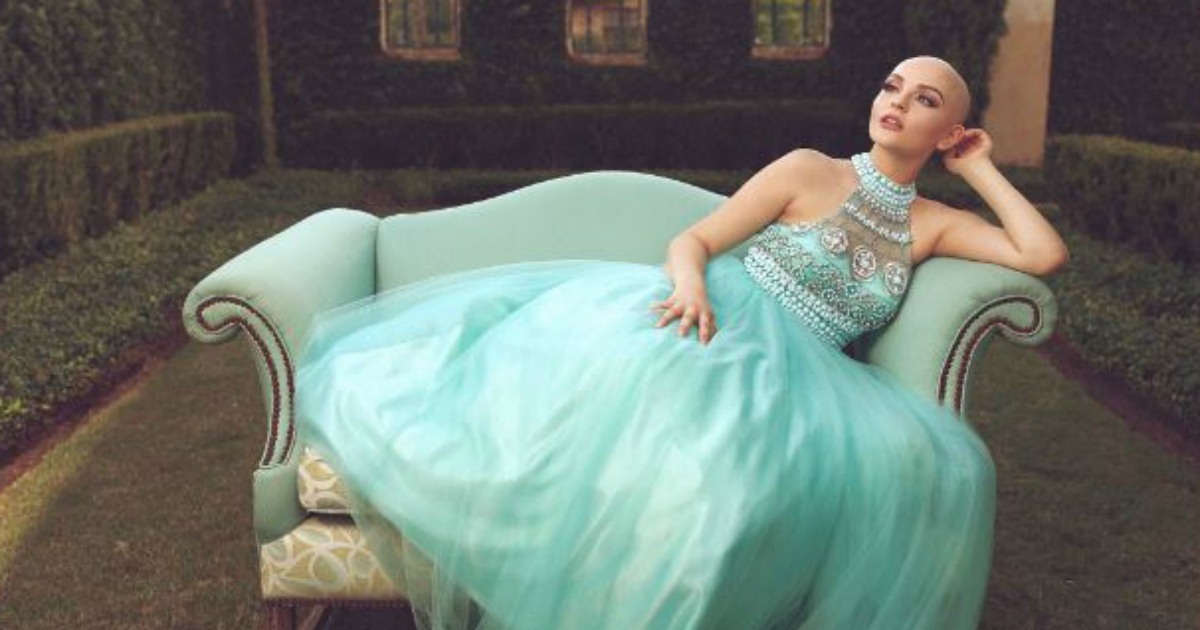 17-year-old Andrea Sierra Salazar was diagnosed with lymphoma in February and had to undergo chemotherapy. Due to the treatment, the teen lost all her hair.

But instead of breaking down and letting the disease win – Andrea fought back.

She decided to model – and without a wig.

Her pictures were taken by photographer Gerardo Garmendia – and were later posted on Twitter. They’re now spreading all over the world, with thousands inspired by the young woman’s courage, and beauty – inside out.

The 17-year-old can usually be found in her high school, back home in Texas. But in her spare time, she’s modeling.

Earlier this year, the 17-year-old received devastating news that no one should ever have to hear. After her mom discovered a lump in her neck, she was taken to see a doctor. That’s when they were informed she had two tumors- one in her chest and one in her collar bone.

She was forced to undergo chemotherapy, which led to her losing all her hair. For Andrea, who always liked to show up in pictures, something changed.

“Whhen my hair started to fall out I would look in the mirror and I wouldn’t feel that confident about myself,” she told BuzzFeed.

But instead of breaking down and letting the disease win, Andreas decided to start modeling – without a wig.

”Cancer doesn’t stop me me from being a princess,” she writes.

Cancer doesn’t stop me me from being a princess. pic.twitter.com/39RaDuVwkH

Although she had never imagined her photos would go viral, Andrea now hopes she can inspire other young girlsx with cancer everywhere.

“I want them to know that your hair or your physical attributes doesn’t define who you are – what really matters is your inner beauty, the way you treat others, and if you’re a kind person, that shows through,” she said.

All thumbs up, Andrea! You are a true role model!