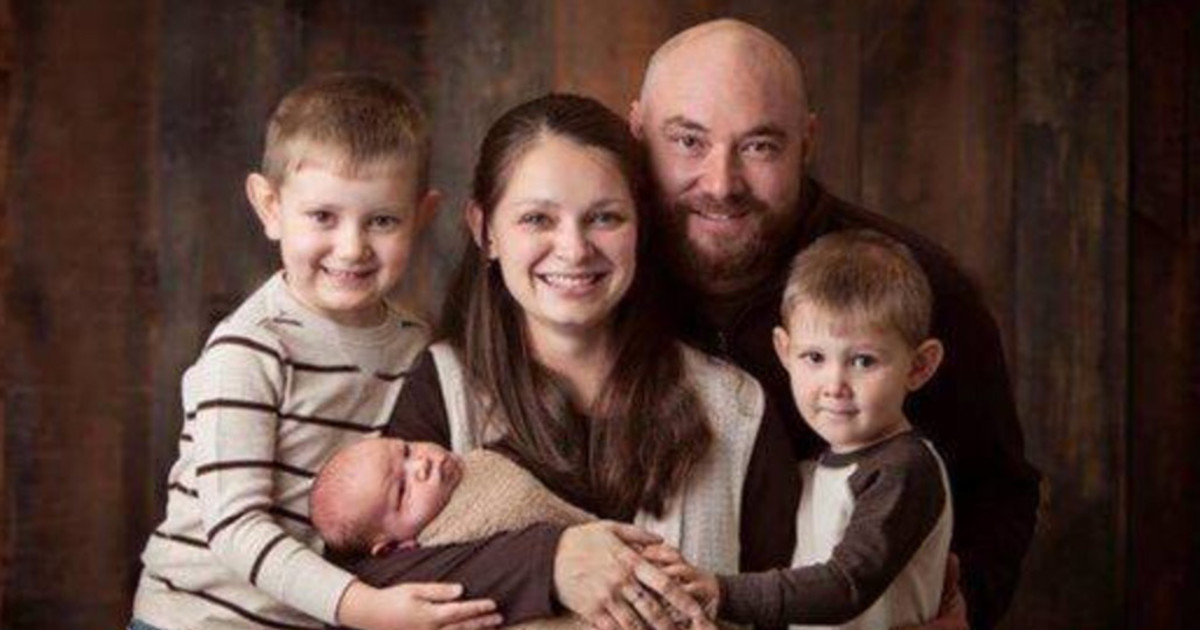 No parent should have to survive their children — especially when their children are small. It has to be just about the worst thing anyone could experience, and it’s something that a grieving parent must spend a live time dealing with and processing.

Lindsey Schmidt, her husband, Edward, and their three small boys, one, four, and six years old, lived a quiet life in Illinois. The family was expecting a new addition to their family and life couldn’t have been better.

Lindsey and Edward Schmidt, of Crete, Illinois, had their whole life ahead of them and they looked forward to watching their children grow up. Their three sons, Caleb, one, Weston, four, and Owen, six, were overjoyed when they found out they were getting a new little brother or sister.

And Lindsey and Edward couldn’t be happier to welcome a new member into their family.

When summer vacation came this year, Lindsey and Edward signed their boys up for camp. On the first day, Lindsey loaded her three boys into the car. But they never made it to summer camp that day — a van plowed through a stop sign and smacked into the Schmidt family car.

One-year-old Caleb and the baby in Lindsey’s stomach were killed on impact. Lindsey, as well as her other sons, Weston, four, and Owen, six, were rushed to the hospital. But none of them survived.

Meanwhile, the 25-year-old driver of the van walked away with only minor injuries.

The crash took Edward’s wife and his three children away from him. And when the police revealed the possible reason behind the accident, Edward was devastated.

The reason why the driver of the van missed the stop sign seems to be that he was sending an SMS. Police are still investigating the cause though, and there might have been other factors involved.

The whole community rallied behind Edward after the tragic accident. People tied white ribbons around trees to commemorate Lindsey and the three boys.

It was on this road that the deadly accident occurred. People have left flowers and stuffed animals to honor the Schmidt family.

People from the Schmidt’s neighborhood have started a fund called The Schmidt Family Fund. Some local companies from the area, including a local bakery, have donated part of their revenue to the foundation.

According to Chcago Now, one in four road accidents in the United States is caused by driving while texting, writes Liftable.

Watch this video to find out more about the tragic event:

What happened to the Schmidt family is terrible and never should have happened. No parent should ever survive their children. Driving a car while texting is dangerous and must stop. One text message isn’t worth destroying a whole family’s future. We need to take responsibility when we’re on the road and look out for our fellow human beings. Please share this article with your friends and family so that we all reflect on the dangers of driving and texting.