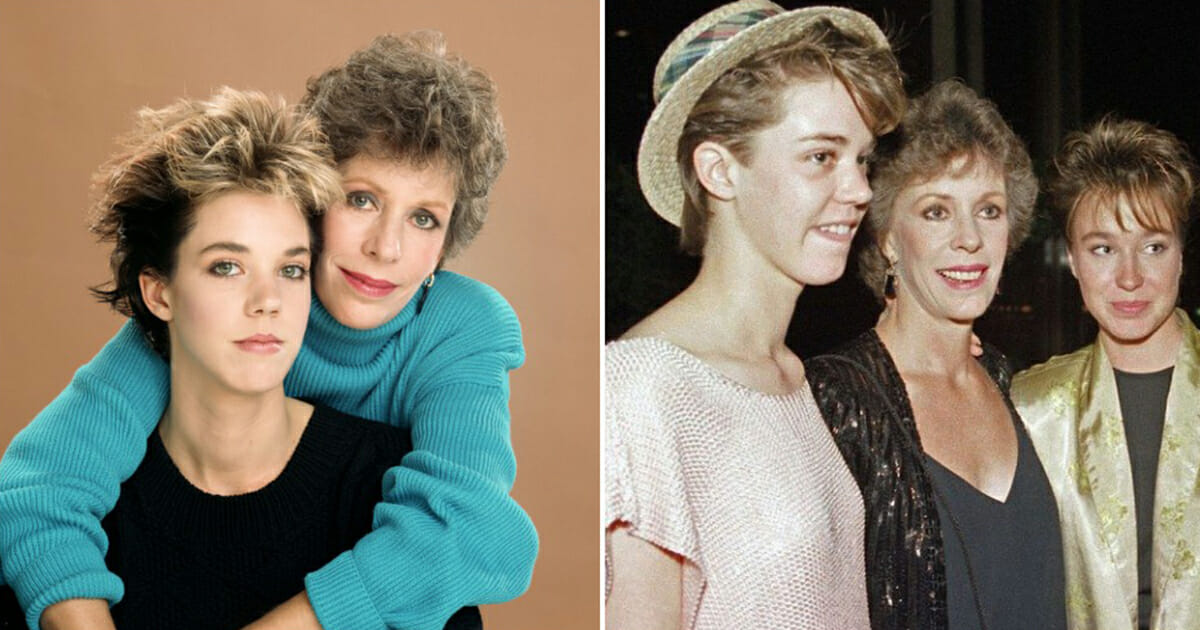 The years may pass, relationships may change and people may come and go, but a mother will never stop thinking about the loss of a child.

It’s been 16 years, but Carol Burnett continues to mourn for her youngest daughter, Carrie Hamilton.

The 85-year-old told People of her grief at losing Carrie, the daughter she shared with Joe Hamilton, a producer of “The Carol Burnett Show”.

“I think of her every day,” Burnett said. “She never leaves me … I just feel her.”

Hamilton, a writer and actress, died in 2002 following a battle with lung cancer that had spread to her brain. Prior to that fight, she’d struggled with drug addiction as a teenager.

The 38-year-old won free of her demons, however, and – excepting a brief relapse when she was 17 – remained drug free for the remainder of her life.

“She got sober when she was 17,” Burnett explained.

“I put her in a third rehab place, and oh my God, she hated me. I came to the conclusion that I had to love her enough to let her hate me.”

“She got sober and we started bonding. We wound up working together, writing a play together. We worked together in three shows,” Burnett continued.

In the immediate wake of her daughter’s death, Burnett said she found it difficult to get out of bed.

“When Carrie died, I didn’t want to get out of bed for a while, but I had a play to finish that we started that Hal Prince was going to direct. I owed it to Carrie, and I owed it to Hal.

“I got on a plane and said a little prayer to Carrie, and said, ‘I’ve got to do this alone. Don’t leave me alone. Give me a sign that you’re with me.'”

Burnett says her prayer was answered multiple times. There was a bouquet of birds of paradise flowers in her hotel room, which were supposedly Carrie’s favorites.

“Then at dinner, the maître d’ gave us a bottle of Champagne, and the label said ‘Louise.’ That was Carrie’s middle name,” Burnett said. “Then it rained on opening night. Carrie and I were nuts for the rain.”

No words can truly console a grieving mother; nothing can be done to lift the burden of pain.

But to know their baby is in heaven, looking down on them, provides a measure of comfort all can appreciate.

Share this article to pay tribute to Carol Burnett and her undying strength.