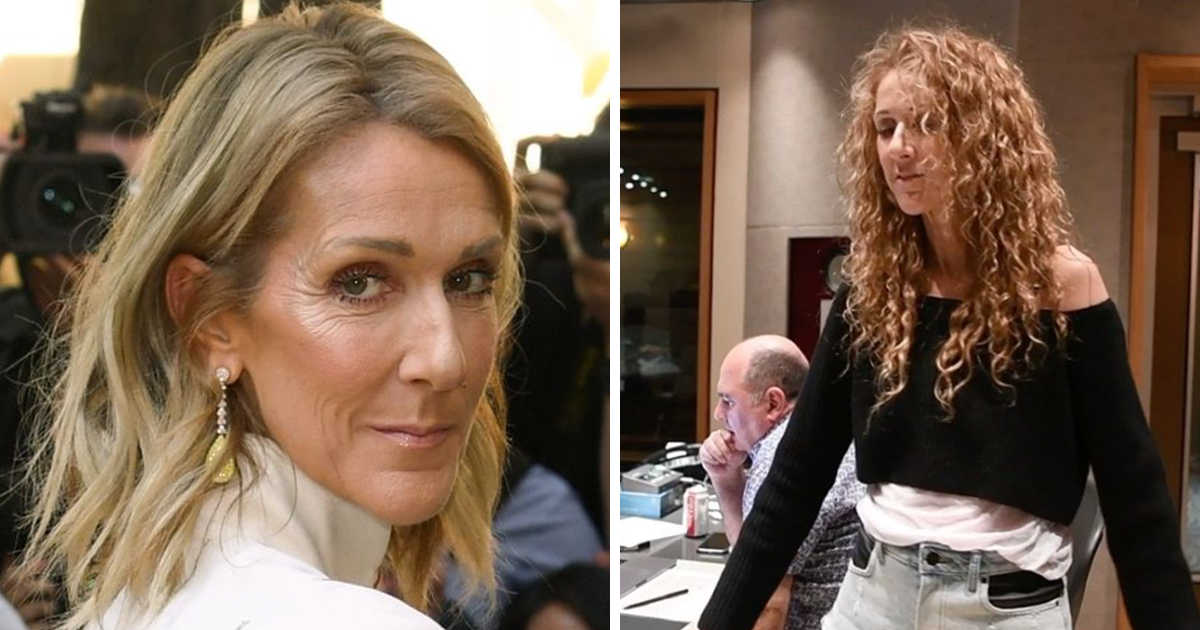 Celine Dion knows a thing or two about driving her millions of fans into a frenzy. The Canadian singer’s career has gone from strength to strength over the past few decades since she burst onto the scene in 1980.

Technically skilled, ever glamorous, and possessive of a generation-defining voice, Celine has continued to wow fans the world over and shows absolutely no signs of stopping.

Which is probably why her army of followers wait on her every social media post, and why they’re extremely grateful when she offers candid material that gives them an insight into the woman behind the stardom.

With that in mind, the 52-year-old’s appearance can often rise as a talking point. Folk are used to her frame being discussed – she’s had to refute claims that she suffers from anorexia in the past – but Celine herself has never really bought into the concept of fighting the ageing process by paying for treatments and expensive products that would alter the way she looks.

Rather, she’s made a point of informing people that she wants to grow old on her own terms – something we can really get behind.

“I’m doing this for me,” Celine explained to The Sun during Paris Fashion Week in 2019.

“I want to feel strong, beautiful, feminine, fierce and sexy. You cannot please everyone all the time.”

Understandably, then, when she made the move of uploading a video to her social media that shows her having ditched her familiar hairstyle in favour of her natural hair, it practically broke the internet.

I must admit, I myself had no idea how Celine’s hair looked in all of its natural glory. Fortunately (yes, I’m a big fan) I do now!

Celine Dion was born in Charlemagne, Quebec, Canada in 1968, the youngest of a whopping 14 children!

Unsurprisingly, music was a big part of her family’s life – she was even named after a song “Celine”, recorded by a French singer two years before her birth. By the time she was five, Celine had the makings of being a performer in her own right … her singing debut came at her brother Michael’s wedding, and from there she would go from strength to strength.

For the young Celine, becoming a singer was more than just an interest: it was a calling.

An interview with PEOPLE magazine in 1994 yielded: “I don’t regret having lost my adolescence. I had one dream: I wanted to be a singer.”

Aged 12, Celine, together with her mother and brother, Jacques, wrote and composed her first song “Ce n’était qu’un rêve“, the title of which translates to “It Was Only a Dream” or “Nothing But A Dream“.

Her brother Michel sent the song to music manager René Angélil, who was so moved by the little girl’s voice that he resolved to turn her into a star.

By 1981, with the help of René, her first record had become a No. 1 hit and made her immensely popular in Quebec. The following years saw her extend her reach beyond the Canadian borders, and before long she was an artist who was recognized worldwide.

When Celine was 18, she saw a Michael Jackson performance which further ignited the passionate fire already burning within. She confided in manager René that she wanted to be a star just like Michael, though René knew that to achieve this she would have to undergo some adjustments.

Teenager Celine had dental surgery to improve her appearance, and then went to the language school École Berlitz in 1989 to improve her English so as to widen her fan base.

It worked. Countless albums and worldwide tours later, and Dion had established herself as a powerhouse of the music industry. In fact, by the mid-1990s, she was one of the best-selling artists in the world.

When it comes to choosing a favorite Celine Dion song, fans really are spoiled for choice. The Power of Love, All By Myself, Beauty and the Beast, To Love You More, Because You Loved Me … the list goes on and on.

But no Celine list would be complete without the track that’s become something of a signature (and my personal favorite): My Heart Will Go On.

Written as the feature track for James Cameron’s 1997 blockbuster Titanic, the song found its way into the hearts and minds of almost everyone who heard it.

Even today it’s remembered as a timeless classic, and that’s in no small part down to Celine’s ground-shattering vocals, for which she earned two Grammy Awards for Best Female Pop Vocal Performance and Record of the Year.

Though it may be difficult to believe – I myself have questioned it on occasion – Celine Dion is only human, meaning she’s just as susceptible to pain and misfortune as the rest of us.

Indeed, the 52-year-old’s had her fair share of heartbreak over the years, perhaps most notably the death of her husband (and the man who launched her career) René Angélil from cancer in 2016.

Early in 2020, Celine opened up on his death, writing on Instagram to say there wasn’t a day that goes by where she doesn’t think about him.

“There is not a day that goes by without me thinking about your beautiful smile,” she wrote in English and French. “We miss you, thank you for watching over us my love. I love you. Céline xx…”

Celine has also had to deal with a number of questions regarding her weight and health over the years. Despite consistently downplaying the speculation, the singer has been the target of accusations suggesting she suffers from an eating disorder.

“My work requires me to be in great physical shape,” she said once.

“I wouldn’t have been able to live up to a hundred shows a year and travel ceaselessly from one end of the world to the other if I had eaten too much or not enough, or if, as certain magazines have claimed, I made myself throw up after each meal.”

Indeed, she’s been fiercely critical of those hinting at the fact she might have anorexia or another form of eating disorder. Fans on Twitter have pointed out more than once that she appears to be “too thin”, but so long as Celine herself is happy, why should people continue to question her?

Naturally, the fact that Celine Dion’s appearance would come under scrutiny should come as no real surprise. After all, she is one of the most popular artists the world has ever seen.

Even so, it’s slightly refreshing to see people highlighting a change that focuses solely on the positive as opposed to the negative.

Celine herself last week sparked plenty of gossip when she uploaded a video of herself to Instagram sporting what looked to be her natural hair.

Over the years, she’s had any number of different looks, but fans certainly appreciating what seems to be her going back to her roots. In a video uploaded six days ago, Celine can be seen with darker hair than normal … and curly!

That’s right, the curls that some fans might remember from earlier on in her career made a triumphant comeback, with many posting to social media to state how much they loved them.

As per her post to Instagram, the video was taken as a behind-the-scenes look at Celine’s studio session for “The Chase!”

Check the curls out in the video below:

I don’t know about you, but I think she definitely suits this sort of look. I mean, Celine can pull any style off if I’m being completely honest, but just watching her exuding confidence and looking über natural while doing it warms my heart!

Never one to take a rest, Celine is currently in the midst of her latest world tour “Courage”, in support of her forthcoming album of the same name.

Due to the ongoing COVID-19 pandemic, Celine’s official website has stated that the tour will recommence in 2021, having been postponed to keep people safe.

“I had really hoped that we’d be back on stage sometime this year, but nothing is more important than everyone’s health and safety,” said Celine.

“The whole world has been going through such difficult times during this pandemic , and my heart goes out to all those who have suffered. I know we’ll eventually get through this together, and we’ll make up for all that lost time. I miss doing our shows….I can’t wait to sing with all of you again. Stay safe everyone…see you soon!”

I just can’t get enough of this magical woman, and it doesn’t look like I’m the only one!

She’s battled hardships and strife in her life, for sure, but always seems to emerge the other side smiling … this despite having spent four decades in the searing gaze of the spotlight.

If you, too, are a Celine Dion fan then let us know in the comments. What do you think to her new hair? Isn’t it simply fabulous?

Share this article if you want to thank Celine for everything she’s done so far in her incredible career, and to wish her the best of luck moving forward.