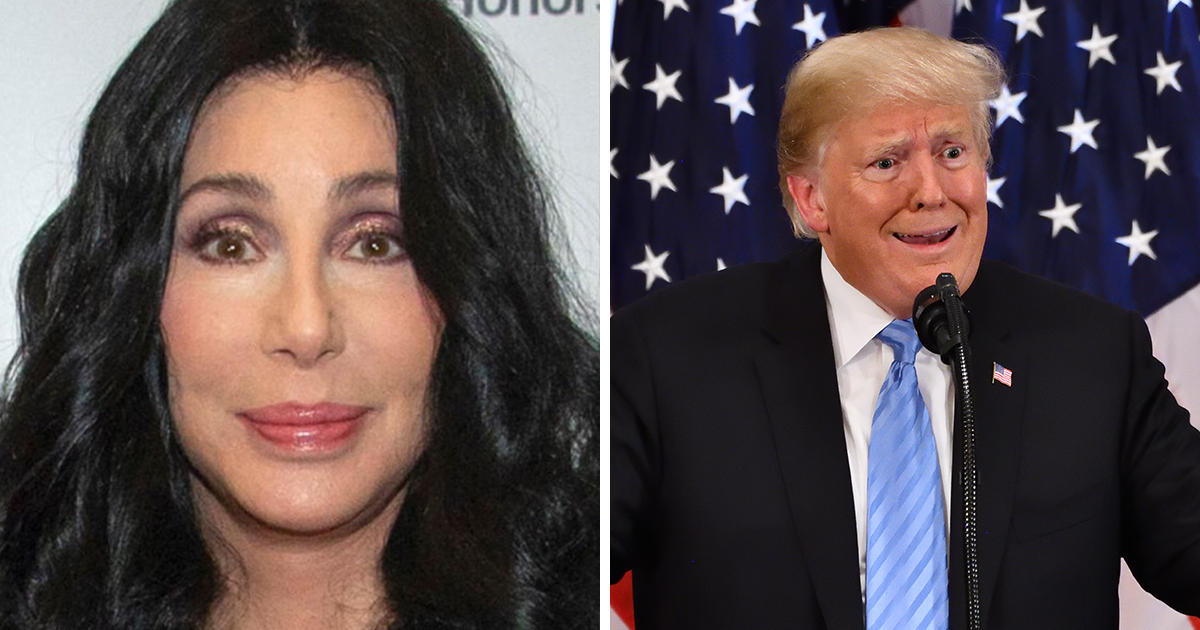 Cher has never exactly been Donald Trump‘s biggest fan, and she’s now claimed that the POTUS would rather “burn down the White House” than concede defeat to rival Joe Biden.

The fallout from the 2020 presidential election has seen all manner of controversy as Trump and his campaign team contest the results. Barring a reversal of cataclysmic proportions, though, Biden will officially become the president of the United States when he’s inaugurated on January 20.

And yet Cher believes the matter may not be as simple as it should be. As per reports, she said Trump will continue to do everything in his power to retain power.

“If Trump can’t be in the White House, he’s going to burn it down,” Cher told The Guardian. “He’s trying to block Joe at every moment. He’s the most vindictive person I’ve ever witnessed. I think he’s fighting so hard because he’s going to be prosecuted when he gets out of the White House.”

The music icon went on to detail how she’s never hated someone so much as Trump in her entire life.

“I pretty much disliked Bush when he started those wars, and I could say for a minute it was touch and go for hate,” she said. “But the one thing I know is he loves America and Trump doesn’t.”

Despite losing the 2020 election, Trump has marred his rival’s victory with allegations suggesting voter fraud and ballot rigging. No hard evidence has been put forward to support these claims, however, and high-profile puppets such as Rudy Giuliani have been losing legal battles left, right and center.

That said, the current POTUS has boldly continued to state that he will not give up, despite suffering perhaps the bitterest blow when his election challenge was thrown out by the Supreme Court for being “unreasonable in the extreme”.

What do you think about the 2020 election results and Trump’s behavior since? Does Cher have a point?

Let us know in the comments box.

Meanwhile, share this article on Facebook if you’re praying that America gets four years of peace and prosperity moving forward, no matter what!