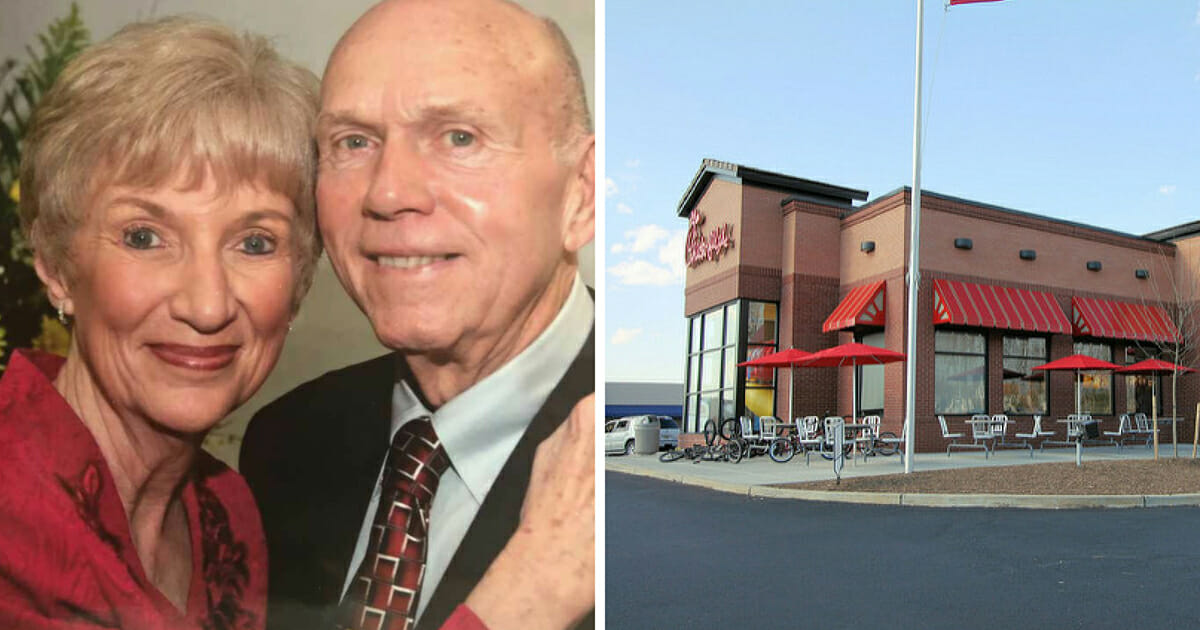 Elderly couple Richard and Bobbie Watkins used to love going to their local Chick-Fil-A. They loved the food, loved the staff, loved the atmosphere. In fact, the couple were so diligent in their appreciation of the fast-food chain, that they went to the same restaurant every week for several years.

Over time, the pair became acquainted with staff members working there, striking up friendships with several employees and coming to see the place as a second home. For them, the Chick-Fil-A was a place they could relax and enjoy food.

Then, one day, they disappeared. After a while, staff grew concerned. They instigated a large search effort and, after several months, they got the answers they were looking for.

“They got to know the staff. The staff got to know them, even down to their order,” the couples’ granddaughter, Lindsay Naramore McGuffey wrote on Facebook.

“They would set their table with flowers on special occasions, give them their order and say ‘it’s on me’ some days. They went above and beyond for my sweet grandparents.”

The years passed and the couple grew older. After a time, Richard began to succumb to health problems. That’s when the couple stopped attending Chick-Fil-A, causing staff to become worried about what might have happened.

Employees at the restaurant decided to launch a search. To begin with, finding any trace of them was difficult, as they had no last names to go on. They decided to ask around for the grandchildren of the couple at a local school.

After an extensive effort, with relatives, friends and even church members involved, they found the Watkins’.

The staff were overjoyed with their discovery, and decided to travel to Richard and Bobbie’s home to deliver a small surprise in the form of a free meal.

When Bobbie sent a picture to her granddaughter, Lindsay, the girl burst into tears.

Sadly, Richard’s condition has deteriorated, so he’s no longer able to visit Chick-Fil-A as he would like.

Despite that, the restaurant employees deserve praise for showing that they care about their customers. For them, they are friends first and sources of income second.

This was a particularly beautiful story about an amazing group of people who take care of their elderly. To me, this is exactly how pensioners should be treated throughout society.

Please SHARE this article so that more people can read this story.