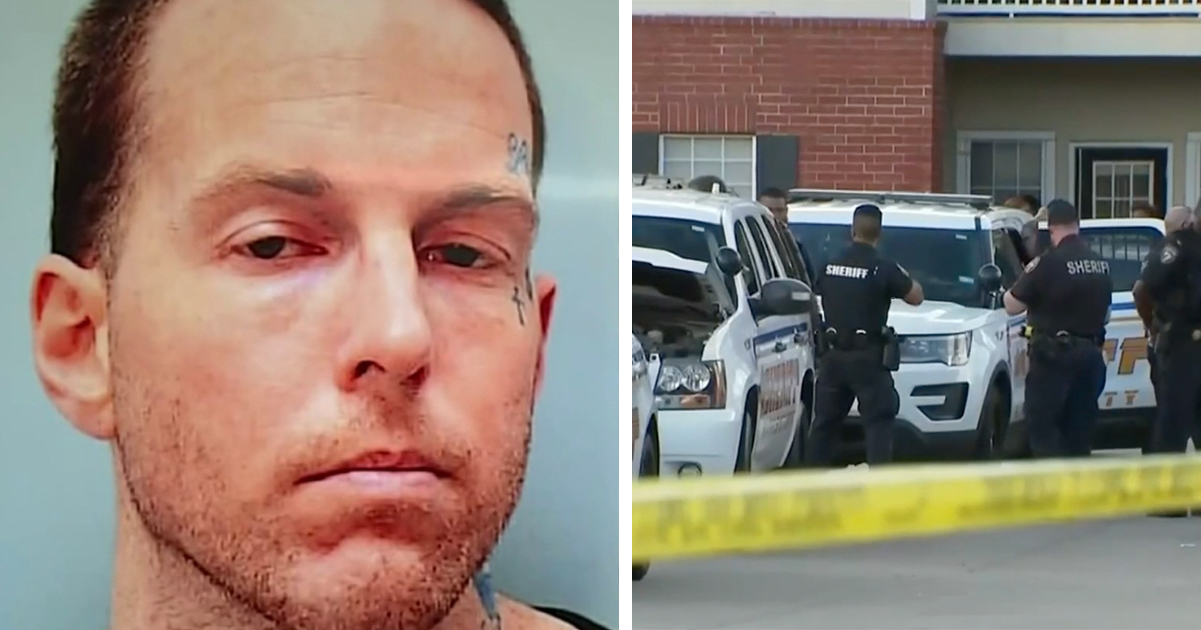 Newly released court documents have revealed how two of the siblings found abandoned alongside their brother’s corpse at a home in West Harris County, Texas watched his murder.

According to reports, 31-year-old Brian Coulter, boyfriend of Gloria Williams, the children’s mother, beat the eight-year-old to death.

Shockwaves have rolled out over the US these past few days after the discovery of the three children, who had been abandoned in the home and left with the decomposing body of their brother.

Earlier this week, Williams – mother to the boys – and her boyfriend, the aforementioned Coulter, were arrested and charged.

ABC say that Williams, 35, and Coulter were apprehended on Tuesday evening at a public library – they were in the process of searching for news articles about themselves.

Court documents read aloud during a probable cause hearing relayed that Coulter had beaten one of Williams’ children to death. Two of the victim’s brothers said that Coulter had struck the eight-year-old in the face, feet, buttocks, back, legs and groin, and continued to hit him after he had stopped moving.

After killing the boy, Coulter is alleged to have laid out the body on the floor and covered him up. Court documents say that Williams entered the room and began to cry after she saw the body. She then sent the other children from the room while she fought with Coulter.

Williams herself, meanwhile, claimed that she saw her boyfriend assaulting her eight-year-old son and stopped him. She then checked on the child the next morning and found him dead under a blue blanket.

She added that she had confronted Coulter, who said he was sorry and that “he lost it” and punched the young child until he “went to sleep”.

The horrific scene at the home was only discovered on Sunday after the eldest of the children, a 15-year-old boy, called the police and explained how his younger brother had been dead for a year. He also told how Williams had moved out of the apartment many months ago.

“For many agency veterans, it was the most disturbing case they had worked in their entire law enforcement career,” said Harris County Sheriff Ed Gonzalez. “It seemed too horrific to be real.”

The three surviving children were taken to the Texas Children’s Hospital to be assessed and treated.

“Very horrific situation out here, very tragic,” Gonzalez said in a news conference on Sunday. “Been in this business a long time and I had never heard of a scenario like this. It really caught me by surprise.”

I can’t believe what these poor children had to endure. To think that their mother – the one person who was supposed to care for and protect them above all others – would treat them in such a way.

Please, share this article on Facebook to send well wishes and prayers to these brothers, and to say rest in peace to the eight-year-old who perished.